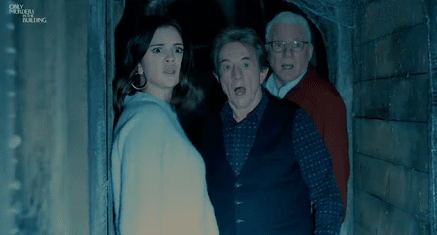 Only Murders In The Building Drops a Season Two Trailer

We didn’t really give Only Murders In The Building much any coverage last year. It was an unexpectedly delightful hit, and we’re happy to see that Season Two is nearly upon us.

Following the shocking death of Arconia Board President Bunny Folger, Charles, Oliver & Mabel race to unmask her killer. However, three (unfortunate) complications ensue — the trio is publicly implicated in Bunny’s homicide, they are now the subjects of a competing podcast, and they have to deal with a bunch of New York neighbors who all think they committed murder.