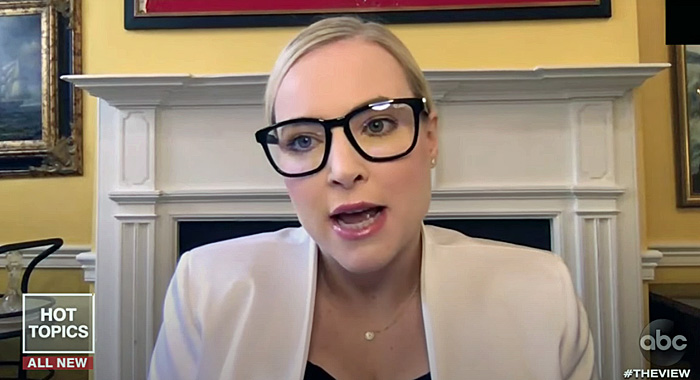 Earlier today, a thankfully small throng of armed morons descended upon Harrisburg, the state capital of my home state Pennsylvania, where they’re protesting Democratic Governor Tom Wolf’s life-saving measures because it’s their American RIGHT to force underpaid workers to give them haircuts and/or wait on them hand and foot at Buffalo Wild Wings for a 10% tip, at best. True patriots if there ever were such a thing.

Unfortunately, when they weren’t in their cars blocking a hospital entrance, these inbred hoopleheads stood on top of each other spraying spittle every which way while not wearing masks because who needs science when, clearly, Jesus is their vaccine. If you’re not taking medical advice from the side of a spray-painted truck, what are you even doing with your life?

The scene in Harrisburg, Pa.

And you have to especially love the GOP leaders who stir up these mini-outbreaks and then conveniently stay home because, uh, whoops. Turns out they’re not entirely committed to Freedom-vision.

Per @SpotlightPA, the Bucks County GOP candidate who helped organize today's rally is no longer attending due to fears she would contract COVID and spread to the hospital where she works.

Anyone attending this rally should self-quarantine for 14 days.https://t.co/wakW4BvQYQ

Dustin’s state of Maine got a taste of this as well.

Of course, it’s hard to feel bad for these Sons of Derpity when they’re mostly looking for an excuse to play pretend commando, and with the added bonus of infecting everyone around them. When you’re getting dunked on by Chelsea Clinton, it’s time to go home. (Psst. This happened in Western PA where George Washington also has a rich history of swatting down dipshit rebellions.)

In 1775, General George Washington barred people from Boston from his military camp- because of a smallpox outbreak in that city. After the British left Boston in Spring 1776, Washington sent smallpox-immune American troops to Boston to help prevent further spread of the disease. https://t.co/MPTdPOkGB4

So imagine my surprise to learn that Meghan McCain decided today was the day she was going to back these Typhoid Larry events. If you’ll notice, I haven’t written about John McCain’s presumably only child for a while because, surprisingly, she’s been on board with social-distancing and dunking on Trump for America’s disastrous response. For the most part anyway. This is Meghan McCain we’re talking about.

However, Meghan’s husband publishes The Federalist, whose pandemic coverage has been popping up a lot lately as journalists like JJ McNab have started digging into the architects behind this recent spat in astroturf protests and what’s motivating them. (Spoiler Alert: It’s bullsh*t Federalist articles.)

So with that information in mind, Meghan’s sudden support for pissing in the face of social distancing really comes into focus, and also, it helps to know that she’s a gun-humping asshole. It’s all a rich tapestry.

“I continue to be split on it because I see those kind of protesters with guns and I understand that for a lot of people watching this show, that may seem very foreign, and it may seem violent, but it’s perfectly normal to me and it’s perfectly legal in the states that they did it in,” McCain said. “It’s a culture symbol. Anybody bringing a gun to a rally is showing which side of the gun argument they’re on, which, you know, is an argument that’s being brought up in these type of protests.”

McCain said rural conservatives resent outsiders telling them what to do.

“It sort of reminds me of the ‘learn to code’ controversy when politicians were going into places like West Virginia and telling coal miners who were out of work they needed to switch jobs and learn to code,” she said.

Ah, yes, nothing like the voice of the people, Meghan McCain, who definitely isn’t the millionaire daughter of a beer heiress and a decorated United States senator. There’s someone with her finger on the pulse of rural America. What makes Meghan’s rant even more obnoxious is she chastises the ladies of The View for not “checking their privilege” because all of them have jobs that are secure they can perform from home. Which is true. But Meghan completely misses that the same privilege keeps her safely quarantined in whatever luxury home she’s living in and places here nowhere near a bunch of angry gun-toting Cletuses and whatever outbreak they leave in their wake.

If Meghan wants to come down here to PA and take a few deep breaths on the capitol steps to salute these brave patriots, she’s more than welcome to. But what’s that? She’s pregnant and thinks doctors should be listened to instead of labeled globalist conspirators who are crushing such precious civil liberties as the right to make an appointment at Holiday Hair? Interesting. Maybe she should say that instead of, oh I dunno, fanning the flames of armed insurrection.

Then again, she’s always had a Trumpian streak to her. Just like dear ol’ dad.

← I Mean, It's a Little Weird that Alia Shawkat is Biking Over to Brad Pitt's House During a Pandemic, Right? | 5 Shows After Dark: 'The Plot Against America' First Season Finale, 'Better Call Saul' Fifth Season Finale →