In less than a week, our moron president has spectacularly managed to tip the scales from “Let’s just vote him out in 2020” to “Holy sh*t, even Nancy Pelosi is ready to impeach” thanks to Trump’s inability to not do crimes right out in the open. In this case, very clearly and blatantly holding back military aid from Ukraine unless its president agreed to dig up dirt on Joe Biden going into the 2020 election, which for the record, is illegal as all hell.

While my natural asshole instinct is to downplay the significance of the discourse on The View, at this stage, it probably isn’t helpful to berate Republicans like Abby Huntsman who are finally willing to call the Ukraine incident for what it is: extortion. If we’re going into an impeachment fight, let’s encourage as many Republicans to say the president is a garbage criminal as we can.

Trying to put it in terms anyone could understand, Huntsman said, “If you have a boss who says go do something for me, something that you don’t want to do, you know that they hold the cards, that if you don’t do it, you risk not getting paid, you risk getting fired.” In that scenario, Trump “may say ‘I’m not pressuring you’” to Ukraine, “but they know ‘if you don’t do what I’m telling you to do, you will not be in a good position.’”

Abby closed her remarks by saying, “I don’t care where you are politically, I don’t think anyone should stand by this,” which is one hell of a line in the sand considering the bleached gargoyle perched at the end of the table. On top of that, Abby’s father resigned as the US Ambassador to Russia right around the time this shit would’ve been hitting the fan, which could explain her bold stance.

To the surprise of absolutely no one, Meghan did not use her contractually negotiated time to always speak last to make any sort of reasonable statement that suggests she’s aware of the gravity of the situation. Nancy Pelosi — the Nancy Pelosi — is moving her trigger finger toward impeachment, but instead of Meghan demonstrating her supposed credentials as an “independent thinker” and agreeing that Trump is clearly in some shit, she went DEFCON FOXNEWS before spiraling into Tantrum Town.

“Look, President (Barack) Obama resisted bipartisan efforts to send military assistance to the Ukraine back — I think it was $231 million in 2016, so I do think it’s ironic the Democrats were against sending money to the Ukraine but are a proponent of it now,” McCain said.

McCain then complained that she was sick of hearing about impeachment if Democrats weren’t willing to go through with it.

“I will say — okay, let me finish — unleash the Kraken,” she said. “Honestly, if you’re not going to listen to Nancy Pelosi about the political implications of this, impeach him then and see what happens politically. What happened with (Bill) Clinton in the ’90s ended up hurting Republicans, and I think, and many historians politics believe that it helped get Clinton re-election — just impeach him, then, because, quite frankly, I’m sick of hearing everybody bitch about it.”

As you probably noticed, Pelosi is leaning towards impeachment (UPDATE: Is literally doing the impeachment, holy shit!), which Meghan either doesn’t know because why would she stay informed? Or she purposefully omitted it because, I mentioned Fox News, right? Good talk.

From there, Meghan stopped giving zero f*cks and basically went Real Housewives on the entire history of The View before Whoopi finally stepped in and smacked Meghan’s Jell-O shot ass down.

“You know, I’m glad you’re entertained,” Goldberg said. “Well, here’s the deal — if you can’t see why people are upset about this -”

McCain cut in to insist that she understood the outrage over the Ukraine story, but she chafed when Goldberg scolded her.

“Then don’t be so dismissive when you’re talking, that’s how I feel,” Goldberg said, and then ushered in a break. “We’ll be back.”

“I’m not dismissive,” McCain said, and threw her hands up in exasperation as the audience cheered into the break. “Oh, god.”

Words aren’t really doing that last part justice because it was a truly Peak Meghan moment and cemented the fact that her only purpose on The View — which is either completely lost on her or she oddly revels in it — is to be wheeled out like a circus bear that reads Ben Shapiro tweets instead of riding a unicycle. You can literally see everyone on the panel brace themselves when it’s Meghan’s turn to talk. No matter how informative or reasonable discussion was just had, they know she’s about to smack the topic around like it’s a trashcan full of old ham. But, hey, that’s just Meghan representing everyday Republicans. Doing ‘em proud.

Here’s the clip, and unlike Friday’s episode when she stormed off set after Ana Navarro put her in her place, Meghan huffing “Oh God” made the cut. If you’re a messy bitch who loves the drama, it’s a sweet little bump. I will not lie to you. 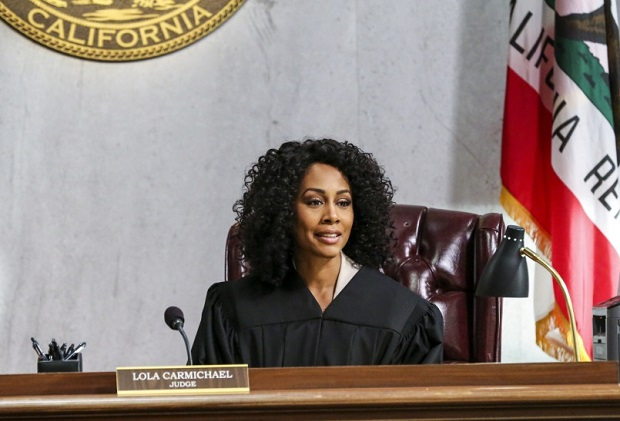 Review: John Grisham Meets 'This Is Us' In the Treacly 'Bluff City Law'