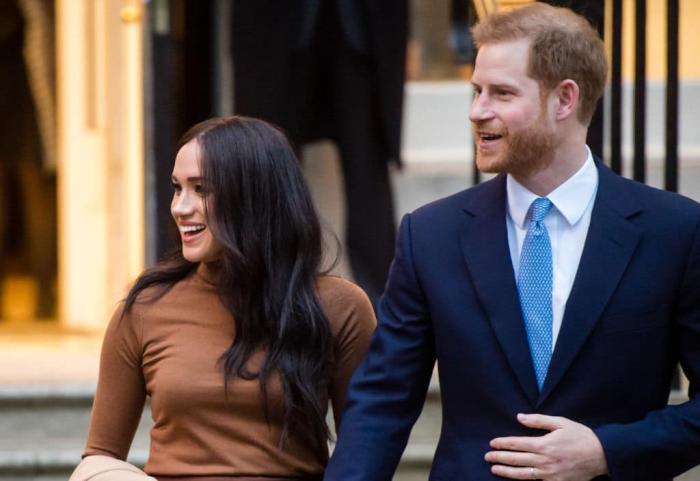 Meghan and Harry Stepping Back as 'Senior Royals'

In a surprise announcement, Harry and Meghan, the Duke and Duchess of Sussex, have revealed that they will ‘step back’ as senior members of the British Royal Family. In a statement posted to their Instagram page, the pair said that they will ‘work to become financially independent, while continuing to fully support Her Majesty the Queen.’ The pair will now split their time between Britain and North America, where they will continue certain royal duties but focus more on their own patronages and an upcoming new charity.

“After many months of reflection and internal discussions, we have chosen to make a transition this year in starting to carve out a progressive new role within this institution. We intend to step back as ‘senior’ members of the Royal Family and work to become financially independent, while continuing to fully support Her Majesty The Queen. It is with your encouragement, particularly over the last few years, that we feel prepared to make this adjustment. We now plan to balance our time between the United Kingdom and North America, continuing to honour our duty to The Queen, the Commonwealth, and our patronages. This geographic balance will enable us to raise our son with an appreciation for the royal tradition into which he was born, while also providing our family with the space to focus on the next chapter, including the launch of our new charitable entity. We look forward to sharing the full details of this exciting next step in due course, as we continue to collaborate with Her Majesty The Queen, The Prince of Wales, The Duke of Cambridge and all relevant parties. Until then, please accept our deepest thanks for your continued support.” - The Duke and Duchess of Sussex For more information, please visit sussexroyal.com (link in bio) Image © PA

So there you have it. Britain was too effing racist and sexist for them so now they’re just going to step away from that nonsense and become philanthropists without all the royal duty stuff. Seems like a sweet deal to me. I’m especially intrigued by their declaration of intent to be financially independent, which presumably means they’ll be paying taxes?

I’m sure the same people who were saying Meghan was ruining the royal family will now say she’s destroying it even further with this move, but frankly, they’re the ones that shot themselves in the foot here. A ‘modern monarchy’ is an oxymoron, but Meghan and Harry’s approach was the closest the Windsors came to having an awareness of contemporary and progressive ideals, something they need to embrace to remain relevant. But nope, that was too scandalous for the royal talking heads and ‘palace sources’ so they had to go. Good luck keeping the royals relevant with the Cambridges and Prince Andrew’s sweat.

Death to the monarchy!

← Review: The Final Season of 'Schitt's Creek' is a Bittersweet Goodbye | 15 Of the Best Art-House Movies of 2019, Indies And Foreign Films →