Review: The Sixth and Final Season of 'Schitt's Creek' Maintains its Delightful Kookiness for a Bittersweet Goodbye

Watching bad people makes for good television. Stringer Bell! Walter White! Cersei Lannister! The very white cast of Friends! Michael Scott was a goddamn monster, and Jim and Pam were basically jerks to each other by the end of The Office! Jean-Ralphio Saperstein is the epitome of this!

Characters who are delusional, characters who are immoral or amoral, characters who always put themselves first. We are fascinated by them, but it’s a sign of a great show if the writers can transform those initially awful people into more than that. That’s why I revisit Mad Men so often, a show about myopic people obsessed with their own grandeur and status, determined to make myths out of themselves, fumbling for connections and human contact in a world that was rigidly structured by gender and race and class. Don Draper was a bad person who wanted to be a better person, and the rawness of that desire — which we see when Stringer realizes his friendship with Avon is over; when Walter realizes he’s lost his entire family; when Cersei realizes that Dany and Drogon do not give one single fuck about those bells — is what makes the ending of Schitt’s Creek, the final season of which premieres on Pop TV on Jan. 7, so compelling and so bittersweet.

When Schitt’s Creek premiered back in 2015, the show from father/son duo Eugene and Dan Levy introduced us to the Rose family, who, frankly, were awful. Johnny Rose (Eugene Levy) was an out-of-touch business mogul who was so unaware of his own finances, aside from knowing that his family was rich, that he didn’t notice that their business manager had stolen all their money. Moira Rose (Catherine O’Hara) was a former soap star just barely on this side of being washed up, a woman who cared more about her dramatic black-and-white ensembles and her hundreds of wigs than her children. (Or, as she would say, her “beh-behs.”) And those children were also unbearable: Neurotic, self-hating, snooty David (Dan Levy) and infantile, superficial, self-indulgent Alexis (Annie Murphy), who operated less as supportive siblings and more like rival competitors for their parents’ handouts. In those early days, if they all got the guillotine, that would have been fine.

But the genius of Schitt’s Creek over its past five seasons, and what it continues to do in this sixth and final season (of which I have seen the first four episodes), is provide moments of growth and grace that don’t seem grandiose or unique but that have tangible meaning for these characters in this world. Each of these characters, in particular Alexis and David, have advanced and progressed from who they were when we first met them, not so much that we don’t recognize who they are but enough that we see their humanity and their self-awareness. In the first few seasons of this show, Johnny and Moira considered Schitt’s Creek Mayor Roland Schitt (Chris Elliott) as a bumbling fool, a redneck bumpkin they couldn’t stand; by this season, Roland will save one of their lives and go out on a major limb for the other. He accepted the Roses, flawed and elitist as they initially were, and he gave them a place. The same goes for Stevie Bud (Emily Hampshire), whose initial characterization was one of profound apathy. She was a bit of a chaos agent, a specter smirking in the background of scenes while the Roses sparred, but the years alongside David — and in this new season, Alexis, a quite satisfying pairing — have given her verve and spontaneity and life.

In these first four episodes, after the resounding success of her starring turn in Moira’s and Jocelyn’s (Jennifer Robertson) version of Cabaret, Stevie works up enough bravery to tell Johnny that she’s not sure her future is in Schitt’s Creek, that she wants to see the world, that she wants more for herself than her great-aunt’s life. “I’m trying to see what’s out there” might not sound like much, but the simplicity of that line captures the radical ethos of Schitt’s Creek: that you can want more for yourself, as an individual, and that’s okay. Parks and Recreation gets a lot of credit for being one of the kindest shows on television, but I remain somewhat perplexed and disappointed by its ending, in how it presented marriage and parenthood as the primary options for a fulfilled life. Schitt’s Creek champions love — David’s and Patrick’s (Noah Reid) upcoming wedding, and how David “wants pageantry that takes months and months to plan!” takes up a lot of this season’s narrative, as does Alexis’s long-distance relationship with veterinarian boyfriend Ted (Dustin Milligan) — but I appreciate too that the show places just as much importance on personal fulfillment outside of romance. It’s in the pride Moira takes in her role in The Crows Have Eyes 3: The Crowening (take a shot every time Moira delivers an aggressive “caw caw”!); or the dreams Johnny nurses for expanding the Rosebud motel business; or in David and Patrick’s plans for their apothecary; or in Alexis’s work representing Moira. It’s in Stevie experimenting with her options, and refusing to settle. It’s in Alexis saying “I’m trying my best.” It’s in Johnny saying “I hope you find what you’re looking for,” and meaning it.

Of course, the ending of Schitt’s Creek isn’t all bittersweet; the show is still righteously funny, and the first four episodes have a few moments that are all-time greats. Moira’s name drops remain excellent — she brings up Al and Tipper Gore and a bad drug trip, and an Ashley Tisdale show on the Disney Channel that I would actually watch — and the show’s physical humor remains on point, from Alexis’s incensed gasps to David’s disgusted expressions. Truly, Murphy is the MVP here. Look at what this woman can do with her face! 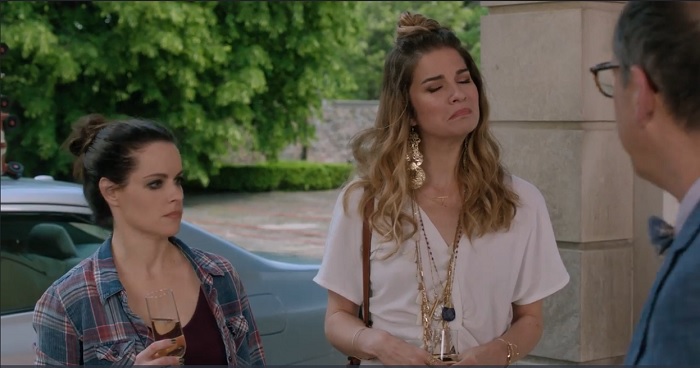 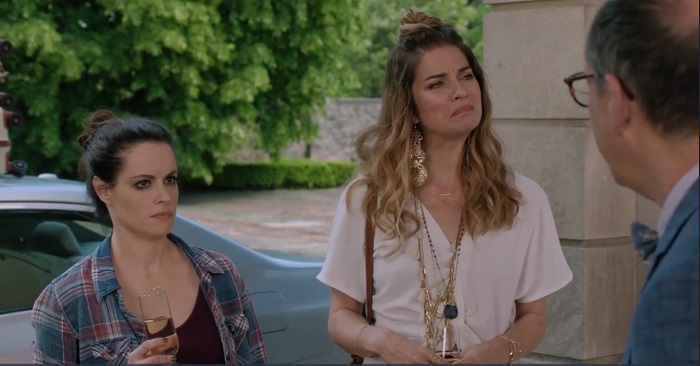 We’re marching toward the end now, and Schitt’s Creek walks a fine balance in each episode between self-contained plot points and longer-term prospects for its characters. The greatest joy, though, is in how Schitt’s Creek sticks to its belief that people can change, incrementally but surely, toward more open-hearted, more empathetic, more patient, more supportive, more honest versions of themselves. The joke of the show used to be that the Roses thought their shit didn’t stink, but the cast and crew’s commitment to making the family realize that no one else’s in Schitt’s Creek does, either, is its humanist legacy.

The sixth and final season of Schitt’s Creek premieres on Pop TV on Jan. 7.