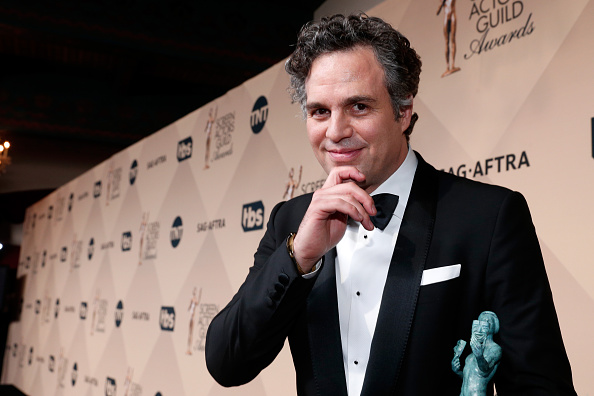 Earlier this week, this tweet — from director Isabel Sandoval — went viral after she posted it as an answer to the Twitter prompt, “Tell me the strangest interaction you’ve had with a celebrity.”

I took a pic of Mark Ruffalo on the subway while he was taking pics of my 👠👠…which he then posted on Insta https://t.co/ReB9gl9Zca pic.twitter.com/alaKKq1p5U

That interaction took place in 2015. Its virality in 2022, however, prompted some questions, namely: Is Mark Ruffalo a “foot guy.” In a message to Mel Magazine, Sandoval even suggested that Ruffalo himself own up to being a foot guy. “Feet guys (or gals or they/thems), don’t be shy, and come out of the (shoe) closet!” she told the magazine.

If Ruffalo has some Tarantino-like fondness for feet, hey! There’s nothing wrong with that. For reasons unclear to me, however, this particular Tweet has stuck with me for a few days. I would like to offer another, more obvious explanation, which — again — is not a slight against foot guys, but more of a less creepy explanation for why Ruffalo was taking a photo of a woman’s feet/shoes on a subway.

Ruffalo often shares images from subway trains and stations, so he’s obviously the kind of guy that frequently takes pictures. Meanwhile, he’s also famous — he’s the Hulk, for God’s sake — so he’s probably accustomed to seeing other people take photos of him particularly in unguarded places like the subway. In this particular instance, perhaps he saw a woman sitting across from him on the subway readying herself to take a photo of Ruffalo, because who wouldn’t want a photo proving that the guy from You Can Count On Me was sitting across the subway train from you? Ruffalo might have thought it charming, then, to take a photo of the person taking a photo of him, but also, he didn’t want to expose her identity, so he took a picture of her shoes like a gentleman because it’d be really uncool to take a photograph of someone’s face and post it to his 20 million followers.
See! Perfectly innocent explanation … or maybe he is a foot guy.

To each his own, Mark! Live your truth! (As long as you’re not creepy about it.)

and frankly? I don’t blame him💅

← Review: 'You Won't Be Alone' Is A Fine Folk-Horror 'Orlando' Made For Poetry Majors And Gore-Hounds Alike | Okay but Have You Ever Seen an Orangutan Rocking a Pair of Sunglasses →