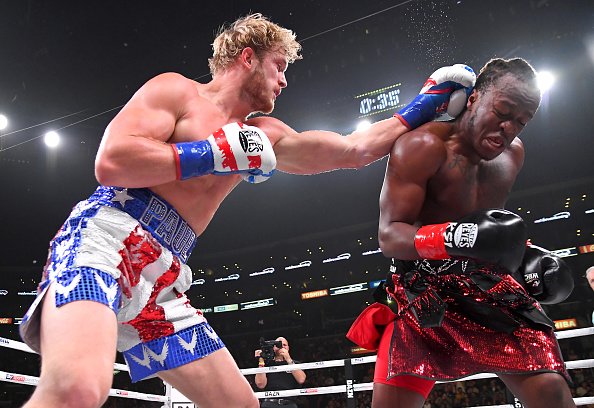 I always forget that there is a Jake Paul and a Logan Paul, and that they’re not the same horrible person. This is primarily because the two have followed the same career path, starting out as controversial YouTube stars (Logan is the suicide forest guy and Jake is the brother accused of sexual assault). Logan is also the one who used to date Chloe Bennet. They’re both assholes, but they are also both now boxers, which I feel like started out as a stunt but has taken on a new life, as they now make millions of dollars because people are paying lots of money to watch them get beaten up on Pay Per View.

Unfortunately, they’re not actually getting beaten up. Jake Paul has had three professional bouts, and he’s won all three by knock-out. Logan Paul, meanwhile, lost in a split decision to KSI in 2019, but not before saying terrible things about KSI, like accusing him of having five abortions. “Five babies dead. I might return the favor and kill you.” God, what a worthless human being.

Alas, last night that worthless human being fought Floyd Mayweather, Jr., who has fifteen major world titles to his name. Mayweather, Jr., however, retired in 2015, although he came back for another bout in 2017. He was awarded by “Fighter of the Decade” in the 2010s by Boxing Writers Association of America and one 26 title fights in a row.

Mayweather, Jr., did not lose to Logan Paul last night, but he also didn’t win. It was an exhibition match, and no winner was announced, although Mayweather landed more blows (43 to 28), and Logan Paul engaged in constant cinching (that’s where the boxer basically hugs the other boxer to keep from getting hit). Mayweather, Jr., however, conceded that Paul was “better than I thought he was,” and Logan managed to stay on his feet for the entire 24-minute bout, which was not sanctioned by the state of Florida.

Either way, both men were paid a lot of money, as much as $100 million for Mayweather and $20 million for Paul. Mayweather, Jr. called it “legalized bank robbery.” Pay per view audiences paid $50 per, and alas, were not able to see Logan Paul humiliated. We’ll have to wait for karma to take care of that.

Above, by the way, is Logan Paul. Below is Jake. 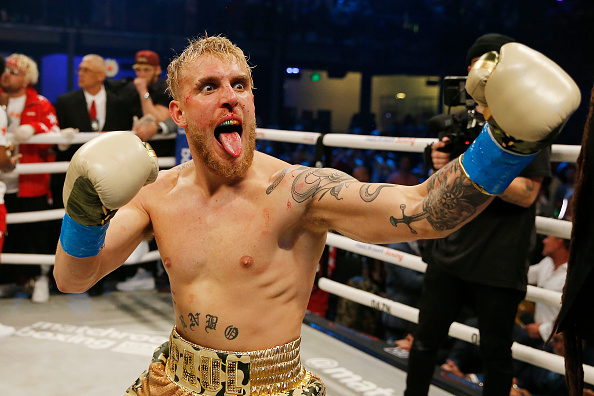