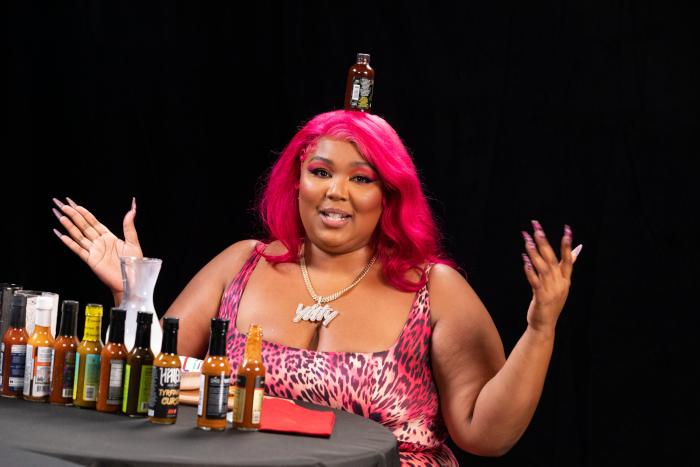 Lizzo is the queen of my heart. We’ve been stanning her here since at least 2018 2018, and have joyfully been watching her make moves, like her reality show Watch Out For The Big Grrrls, which was nominated for six Emmys.

Earlier this year she did a great job pulling double duty on SNL as both the host and musical guest. And she just keeps going. She collaborated with Fabletics and released a popular shapewear line, Yitty. And did you know she got her Master’s Degree this year, too? Just a little tidbit she dropped during her Hot Ones interview, no big deal.

For the record, Lizzo went vegan back in 2020. So, she’s eating chicken alternative in this interview. But, I’m sure she’s not one of those obnoxious vegans who are about to overrun Cracker Barrel for their Impossible Sausage option.

Lizzo can take some heat! (Suck on THAT, DJ Khaled.) I love how her confidence and playfulness shine through, even when she’s burping up hot sauce.


← Colbert Dispels Rumor That He's Headed For CNN | Why Do Some Films Never Get Released? →