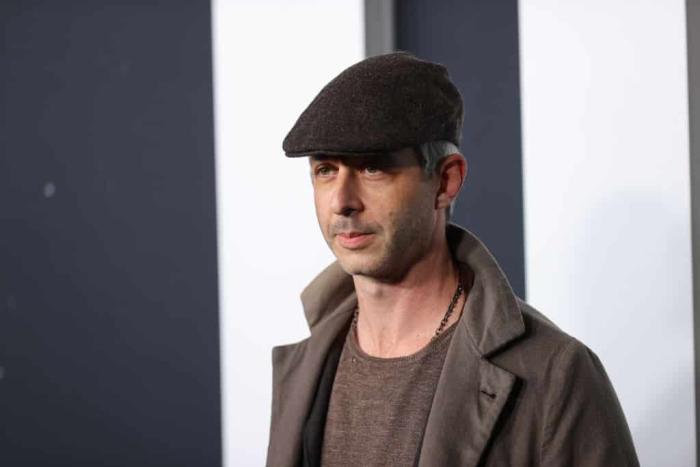 This week, the New Yorker published a profile of Succession star Jeremy Strong that quickly sent Twitter tongues a-wagging. In a longform piece written by Michael Schulman, Strong reveals himself to be immensely committed to acting and a level of self-seriousness that divided readers. ‘I take him as seriously as I take my own life,’ he says of his character, Kendall Roy, with co-star Kieran Culkin noting that he had had to point out to Strong that the series is a comedy in some form. Aaron Sorkin, who directed Strong in The Trial of the Chicago 7, recounted an incident where the actor had asked a stunt coordinator to rough him up for the sake of realism, and that he had also requested to be sprayed with real tear gas.

All in all, it’s a fascinating piece of writing, a celebrity profile that reveals its subject as an interesting, if oft-infuriating figure. It’s not so much that Strong comes across badly — he seems perfectly nice at times, if unattuned to the lighter side of the craft — but that he’s so wholly invested in the urgency of his job that it sometimes feels like an SNL parody of a Serious Actor. To his credit, Strong is quick to note that what he does isn’t method acting (and neither are the back-slapping raw meat-eating theatrics we’ve come to describe as such.) Rather, he describes his process as ‘identity diffusion’, wherein he chooses ‘to clear away anything—anything—that is not the character and the circumstances of the scene.’ It certainly seems to be an all-consuming process, one that his colleagues and fellow workers on various sets frequently seem baffled by. Brian Cox, his Succession co-star with a ‘turn it on, turn it off’ approach to his job, admits that he worries ‘about what he does to himself […] I’ve worked with intense actors before. It’s a particularly American disease, I think, this inability to separate yourself off while you’re doing the job.’ Cox had already previously discussed how Strong’s work methods impacted the set.

The New Yorker is an increasing rarity in cultural journalism in that they can still command that sort of attention from a subject, and they have the resources to allow a writer to spend so much time with one person. Michael Schulman, who is no stranger to in-depth profiles or cultural analyses, got free reign in a way that would make most people in our field green with envy. He gets to interview major individuals who know and work with Strong, and he’s clearly spent at least a few months interacting with him. Plus, he has the writerly flair and insight to pull off such an assignment. That potent combination has resulted in the kind of detailed and clear-eyed portrait that I wish all celebrity profiles could be.

Every celebrity has stans of some kind. It doesn’t matter how famous they are or what they’re known for, they’ll have a group of ardent defenders willing to pollute your Twitter mentions after the most innocuous of comments. So, it wasn’t exactly a surprise that this Strong profile elicited some strong reactions, not just in regard to the piece itself but the mostly gentle ribbing it inspired on social media. Still, I was somewhat perplexed to see some genuine emotion over it all, with a lot of bigger names jumping to Strong’s defense. Jessica Chastain wanted everyone to know how ‘inspiring and passionate’ Strong is and that one should move on from ‘snark.’ The latter part seems like a strange way to characterize a profile in the New Yorker of all things. I must admit that, of all the actors I expected to get the Chris Pratt-esque ‘stop being mean to him’ pushback from something relatively small, the guy that plays Kendall Roy was not on my list. Is it stan culture at play or something else?

The standards are different depending on how much a person is liked by the right people. If that Jeremy Strong profile was about, say, Jared Leto, the reactions would be different. We wouldn’t see his requests to be tear-gassed as a quirk of his commitment to the craft, and the readings of his colleagues’ reactions to him would be far more skeptical. Hell, if it was about, say, Sarah Snook or J. Smith-Cameron, the two most prominent women on Succession, and we had all of these comments from co-stars that made them sound, at best, kind of tough to work with, would we be so kind? Imagine if Strong’s methods were being discussed in the context of a project with way less critical adoration. Method-esque commitment on the set of Young Sheldon suddenly seems much harder to defend.

One of the reasons the Strong profile is so fascinating is in how it doesn’t confine itself to the now-typical blandness and softball-laden nature of the current celebrity profile. There’s a reason a lot of these major write-ups of the rich and famous have gotten so dull. They’re more PR-controlled than ever and publications are less willing to push back for the risk of losing that precious access. It’s become increasingly rare for journalists to get real time with their subjects, with some writers getting only an hour or so with them or not even having a face-to-face meeting. Sometimes, it’s not even a journalist doing the interview. Instead, they’re paired up with a famous friend or other such celebrity who certainly has no desire or incentive to ask questions with more substance than ‘why are you so awesome?’ There are exceptions - consider the work of Taffy Brodesser-Akner, Caity Weaver, E. Alex Jung, and Allison P. Davis, to name but four - but they only reinforce the rule. It’s not the job of the journalist to provide free publicity with a glitzy sheen.

It’s especially interesting because, as the profile seems to make clear, I’m not sure Strong would care either way. He’s focused on other things. Even if he was upset or felt wronged (and there are certainly enough people ready to back that up, if Twitter is anything to go by), I don’t see it hurting his career. Being uber-method or whatever hasn’t hindered any tall white guy’s career. We couldn’t get rid of Jared ‘let’s send used condoms and rats to my colleagues to show how in-character I am’ Leto to piss off. Kendall’s gonna be fine. Well, you know…