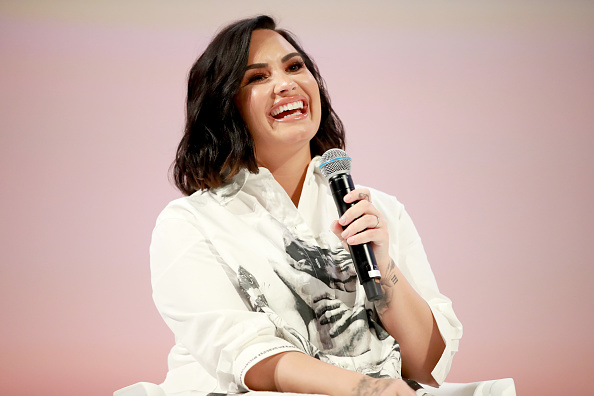 I’m not sure how it happened, but after spending literally two hours yesterday teaching myself the intricacies of the Demi Lovato and Max Ehrich break-up — as though cramming for a law school exam — I have officially become invested. Like Good Burger and Keenan and Kel, I’m too old to have come of age with Lovato, and too young to have seen her come of age with my kids, but after reading about her rise and addiction struggles and her tumultuous love life, I have found myself rooting for Lovato, even if I couldn’t identify a single pop-culture product she’s responsible for.

In any respect, Mr. Ehrich — as we all surmised yesterday — is a total creeper. I don’t know what he’s trying to say here, but in a series of messages since deleted from Instagram, Ehrich suggested that Lovato was being abused, and made several references to Jeffrey Epstein, with various hashtags: #FreeDemi, “#FreeDemetria, and #FreeDemetria from people that have abused her. He also wrote, via Page Six:

‘Jeffrey Epstein’ me = Try to silence me for exposing the truth to the world.”

To his Instagram Story, he added, “I’m so grateful for social media… For it gives a voice to every human being. If used purposefully; It shines awareness on things that need to be addressed. I’ll be posting on here for updates every few hours with pics… In case people try to ‘Jeffrey Epstein’ me.

Based on his social media posts, it also feels like Ehrich may have fallen into a QAnon hole, and is conflating fiction and reality, heartbreak and conspiracy. These messages, of course, followed other sweaty, desperate attempts to get Lovato to reconcile with him. Lovato is not commenting, although an insider stated that she “is happy, healthy, and trying to move on from all this by staying busy with work.” Meanwhile, she also released a new song, which is clearly about their break-up, as the lyrics include: “It feels like someone’s stolen/All the light I ever had” and “Everything around me shattered/All the highs are now just lows/But it doesn’t even matter/’Cause I’d rather be alone.”

Music is always there for me… pic.twitter.com/I77rrfFj8r

You hear that, Max? She’d rather be alone. So buzz off, pissant, lest I get Arkansas on your ass.