Hey, folks. Dustin here. I’ve spent the last couple of hours trying to piece together the break-up of two celebrities I barely know — in fact, I’ve never even heard of Max Ehrich before, not that there’s much reason to know who he is. He was a soap star on The Young and the Restless for three years, was on Under the Dome, and he’s appeared in episodes of a number of other shows, mostly Disney Channel shows and their ilk. He’s nothing, and most Demi Lovato’s fans were suspicious of him from the beginning. Now, I don’t know the guy myself, but based on his Instagram page, I’d assume he is a grifter, who is also probably spreading QAnon conspiracies but not even smart enough to realize it.

However, before we try and explain why Max Ehrich and Demi Lovato broke up, it’s probably helpful to also explain Demi and Selena Gomez. For the olds among you, here is — in order — Selena Gomez, Ariana Grande, and Demi Lovato, just to prove to you that they are not the same person, Boomer. 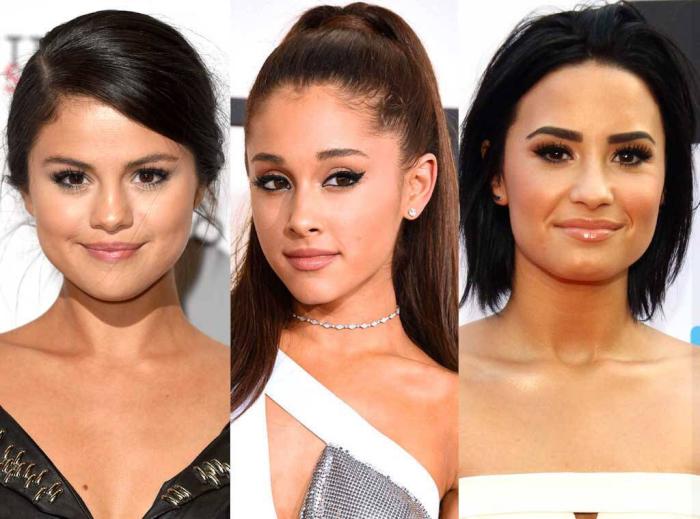 Ariana plays a very small but amusing role here; we’ll come back to her. Meanwhile, Selena and Demi met each other at the age of 7 on Barney and Friends, and sort of grew up together on the Disney Channel on their respective shows. They also starred in a Disney movie called Princess Protection Program in 2009. Since 2010, however, they have had an on-again-off-again friendship, while their fan groups seem to have a sort of rivalry. Stans are wild. Anyway, Demi and Selena also navigated their friendship while Demi has struggled with some personal issues, including addiction (she overdosed in 2018). As of 2020, Demi and Selena are estranged.

Meanwhile, way back in March, Demi met Max Ehrich right before the pandemic shutdown. They hit it off immediately, and he soon moved in and quarantined with her. With no jobs and no other responsibilities weighing them down, the two had a great four of five months living together without any outside pressures. It was going so well, in fact, that by July, the two had gotten engaged. I’d include the engagement photo here from Insta, but the two seem to have mostly wiped each other from existence on their respective Insta pages.

Two months after their engagement, in fact, and the relationship quickly started to unravel. Publicly, the excuse was that the two couldn’t survive a long-distance relationship (she’s in L.A., and he’s working in Atlanta). However, a lot of folks — including Vulture — pin the break-up on a series of Max Ehrich social media posts that Demi stans unearthed. Years ago, apparently, Max was super thirsty for Selena Gomez and spent a lot of time hanging in her mentions, tweets, Instagram posts, and IG Live feeds, where he not only stanned the hell out of Selena, but would occasionally sh*t on Demi. He also allegedly made a video listing all of the reasons why he loved Selena and why he wanted to marry her.

When the social media posts came out, Demi initially called them “FAKE” images designed to pit two women against each other. Nevertheless, soon after all of those social media posts surfaced, Demi and Max were kaput, with Max (falsely) claiming that he found out that he’d been dumped through the press. He also started to behave in ways both sweaty and desperate, posting to multiple social accounts and launching a Grammy campaign on Demi’s behalf? From Page Six:

“To this moment… we haven’t spoken over the phone… we haven’t even officially ended anything to each other, literally,” he posted in a since-deleted note.

“I’m here in real time with y’all. I love Demetria and just want her to be healthy and safe,” he continued, using Lovato’s full first name.

Ehrich also posted screenshots of Lovato’s music to launch a campaign for her to win a Grammy before appealing to her directly, writing, “If you’re reading this… I love you always… unconditionally… no matter what.”

He also took to Facebook to beg for 28-year-old Lovato’s forgiveness, pleading, “Forgive me and come back to me please.”

On Insta Stories — and this is where Ariana Grande comes in — Ehrich also asked that Demi not “Thank You, Next” him, which is a reference to an Ariana Grande song about her exes, including Pete Davidson. See, now we are full circle!

Demi is apparently “completely embarrassed” by Ehrich now, and basically wants Ehrich to leave her alone. She’s over “his erratic behavior” and is ready to move on.


← It's a Lockdown! The Low-Key Celebrity Baby Boom of 2020 and What it Means for the Fame Game | Do You Like Good Music? Not Anymore. Welcome to 'There I Ruined It' →