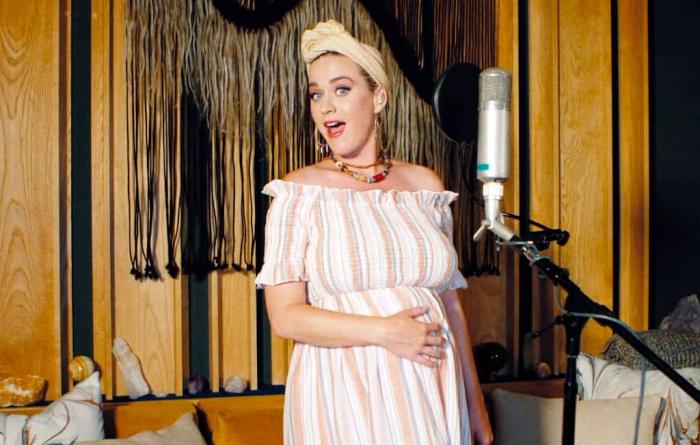 It’s a Lockdown! The Low-Key Celebrity Baby Boom of 2020 and What it Means for the Fame Game

Along with literally every other aspect of our daily lives, the world of celebrity has changed exponentially thanks to the still-ongoing coronavirus pandemic, which has so far claimed over one million deaths and a staggering 32.6 million infections worldwide. In the grand scheme of things, the major shifts occurring in the worlds of entertainment and fame are frivolous, but as we turn to comforting distractions, it’s worth looking at the ways that something as familiar as, say, celebrity gossip, has evolved over these past few tumultuous months.

It’s been a strange era for modern celebrities. Some figures just haven’t been able to maintain their allure or clout during lockdown via Zoom sketches or ill-judged sing-alongs. Others have stuck to the methods of old to stay in the headlines, such as the often-hilarious paparazzi walks of Ana de Armas and Ben Affleck. Others are embracing the new ways, like Brie Larson’s pivot to YouTube. For the traditional and modern media cycles, whether it’s People and Us Weekly or Instagram Stories, keeping the wheels turning with fresh content has often been easier said than done. Believe me, I know. No new movie or TV releases, no red carpets or junkets, no film festivals, and even the awards shows are all nothing but extended Skype calls. There is one area, however, where news remains plentiful, and perhaps even busier than ever: Celebrity offspring!

2020 has been one of the busiest years that I can remember for the beautiful people engaged in the act of procreation: We had the curiously-named son of Elon Musk and Grimes; Willa Jonas, daughter to Joe Jonas and Sophie Turner; the as-yet-unnamed daughter of Gigi Hadid and Zayn Malik; Orlando Bloom and Katy Perry’s daughter Daisy Dove Bloom; the arrival of Joaquin Phoenix and Rooney Mara’s baby boy River; and Ed Sheeran’s kid Lyra Antarctica, to name but a few. Then there are the still-pregnant stars, like Nicki Minaj, Rose Leslie, Chrissy Teigen, and Mandy Moore. You can make all your lockdown nookie jokes, but for me, this period has been interesting from a purely analytical stance. Some of the biggest stars on the planet had or are having kids, and while it’s still being breathlessly reported by the usual folks, it’s all far more low-key than one would have expected.

Make no mistake: The kids of famous people are big business. In 2005/6, we hit a new peak of celebrity baby madness. That year saw the birth of Kingston Rossdale, Violet Affleck, Shiloh Jolie-Pitt, Sean Preston Federline, and Suri Cruise. It’s easy to forget now but these five children were stratospherically famous from the moment they arrived on this earth. Their newborn lives were extensively documented by the gossip press, became the stuff of lucrative magazine exclusives, and inspired more than a few morbid conspiracies. Remember, the arrival of Tom Cruise and Katie Holmes’s daughter was shrouded in mystery and a number of tinhat Scientology theories that made this little girl not only a topic of extreme fascination but a curious sort of social benchmark. The first exclusive images of Shiloh sold to People for $4.1 million. Britney Spears and Gwen Stefani each pocketed over $500k by selling the rights to images of their firstborns. Here, we had some of the most famous women on the planet, often paired up with equally famous men, becoming Mothers, and thereto came a new age of gossip coverage for them all.

More notable is the specific economics at play here and what they reveal about the mid-2000s era of celebrity. This is pre-Facebook and Twitter. Gossip blogs like Perez Hilton existed but were seen as inherently tawdry affairs. The paparazzi could be especially brutal, and California had yet to introduce legislation protecting kids from these photographers. It was simply good business for everyone involved to go to People or Us Weekly with those tantalizing first peeks of their adorable bundles of joy. It guaranteed a level of safety, it reinforced strong PR relationships with the then-indomitable forces of celebrity reporting, and it was profitable. The social and financial structures in place supported this transaction. Now, things are much different.

Plenty of celebs will still do those exclusive magazine deals, but it feels notable that, in the list of the most expensive celebrity photographs of all time, nothing has cracked the $300k mark in close to a decade. Magazines don’t have that kind of disposable income anymore. When they do get these front-page stories, it tends to be less with A-Listers and more with a newer age of celebrities: HGTV stars, the Bravo set, and reality TV figures who have made their names on easy accessibility and ‘relatability.’ Katy Perry did an exclusive shoot for People while pregnant, but the first images of Daisy Bloom were posted to Instagram.

Instagram is the game-changer here. It’s an obvious means for the celebrities in question to keep control of the narrative and allow for a greater degree of privacy than any magazine would allow. If you’re going to Us Weekly with the photos, then they’re going to want to see your kid’s face. With Instagram, you can do an artfully posed black-and-white number where nothing but the baby’s teeny fingers are shown. Hell, nowadays, you don’t even need to do that. Just walk around town without the bump and the job’s done.

We have a whole generation of children who are more media and internet-literate than ever could have been predicted. There are countless kids who have been raised on YouTube, unpaid cast members in extended reality shows about their lives from in-utero to primary school. Mommy bloggers moved to Instagram, where their babies are on-hand to help shill new sponsored content. We have yet to fully reckon with the social and emotional impact for these kids raised in the Always Online age, so imagine what that’s like when you’re born to mega-famous parents who are expected to be, on some level, open to the public about their private lives. I do wonder if this painful awareness of the social media era is something that has encouraged a lot of celebrities to be more fiercely guarded about their kids than they may have been even three or four years ago. We already feel so much pressure to turn every aspect of our lives into a side-hustle or branding opportunity, and it would be all too easy to make the act of parenthood into an extension of that.

It’s not uncommon for celebrities to be dedicated to maintaining the privacy of their children. Some of the most famous people in Hollywood have done a marvelous job of that. You can probably name Ben Affleck’s kids, but can you name Matt Damon’s? Kerry Washington is a megastar, but you’ve probably never seen a single picture of her children. Jamie Bell’s two children (one with Evan Rachel Wood and one with Kate Mara) have never had their names revealed to the press. This attitude seemed like an exception in the world of celebrity for a long time, but now I feel it’s the inevitable norm. For celebrities of a certain strain, there’s no drive or necessity for their kids to be collateral in this manner. They are able to be children, not props or marketing opportunities, and isn’t it just a wee bit sad that this is something we have to actively consider nowadays?

← Stream It or Nah: 'Julie and the Phantoms' is a Delightful Musical Dramedy | An Old Person Tries to Explain Demi Lovato and Max Ehrich's Messy Break-Up →