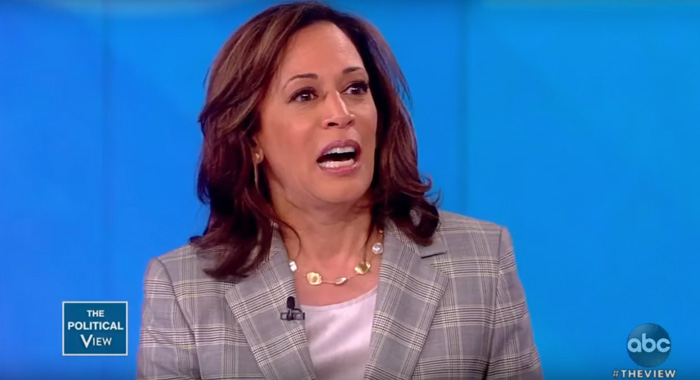 Before we get deep into Meghan McCain looking like a KitchenAid Mixer on Friday’s episode of The View, I want to start with this clip of Kamala Harris eloquently putting Alexander Acosta’s role in the Jeffrey Epstein plea deal into heart-wrenching perspective. It’s raw, it’s personal, and it’s explicit in a necessary way to fully capture how Acosta failed Epstein’s “alleged” victims. Kamala’s words are also a stark contrast to how Donald Trump discusses rape accusations, which is trying to discredit them as quickly as possible because they’re about him. The rapes are coming from inside the yam-rapist.

Sen. @KamalaHarris criticizes Alex Acosta’s role in the 2008 Jeffery Epstein plea deal, calling the way he described it as “troubling, disheartening, and unbelievable”: “He let this guy go with nothing but a simple, very light pat on the hand.” https://t.co/f8u2wc159S pic.twitter.com/Xen4KfffTG

If you watched the clip, then you were rewarded with a goddamn spectacular ending where it cuts off right as Meghan McCain starts to talk. The births of my own children weren’t that breathtaking. Anyway, you’ll probably be surprised to learn that Meghan had absolutely nothing to add to the Epstein discussion except for once again mentioning the Bill Clinton connection while in the same breath trying to act like this situation shouldn’t be about partisan politics. It’s almost as if the only thing Meghan brings to the table is being John McCain’s daughter, and that’s because it is.

On top of that, Meghan has been gunning hard for the title of New Sarah Palin.

My point here is this is the person who got to question Kamala Harris’ credentials. A hunched over gargoyle perched on a ledge of nepotism. Fortunately, Harris is an accomplished prosecutor while Meghan… retweets Ben Shapiro? I honestly can’t tell you what she does, and I’ve been writing about her since 2008. At any rate, Meghan tried to come for Kamala ripping Joe Biden’s still-beating heart out of his chest during the Democratic debates, and it was bad. Real bad. Like watching a toddler try to stop a car with its face bad.

Via The Daily Beast (emphasis mine):

In an attempt at a “gotcha” moment, McCain brought up a pre-debate quote from Harris in which the senator said, “You are not going to hear me criticize Joe Biden. I think he’s a great guy.” McCain said she thinks “a lot of people are curious what happened to that promise.”

“I have no intention of attacking Joe Biden, but I am going to point out our differences of opinion on a very critical moment in the history of the United States,” Harris said calmly. She went on to explain that it was Biden’s comments about segregationist senators that prompted her to bring up the issue of busing in the debate.

“So listen, this is a presidential race,” Harris said. “And I absolutely agree and believe and maintain that we should not have personal attacks against each other, we should not be attacking each other, but we’re on a debate stage.”

As McCain interrupted the senator to say that a Biden adviser called her “slick and slippery,” Harris held up a finger and said, “Hold on!”

“Well, you know what?” Harris continued. “We’re on a debate stage, and if you have not prepared and you’re not ready for somebody to point out a difference of opinion about the history of segregation in our country and what was necessary to deal with that, which at that time was busing, then you’re probably not ready.” 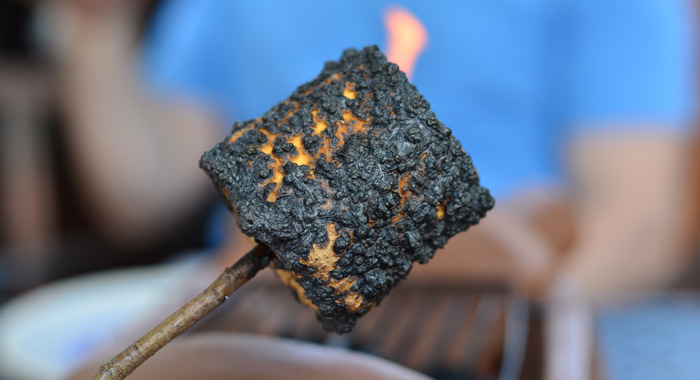 Naturally, Meghan didn’t learn her lesson, and she tried to trap Kamala into throwing AOC under the bus over open borders. Just think about that for a second. John McCain’s daughter actually thought she could confuse a former district attorney. Admittedly, this is nowhere near as great as the Biden quote, but it is pretty fun to watch Meghan realize in real-time that she’s a moron who had nothing. She now knows what Elmer Fudd feels like every time Bugs Bunny sticks a finger in his gun.

Just so we’re clear, that was Meghan going to bat for treating asylum seekers like human garbage because as she’s so intelligently established, MY FATHER© is the only person in the world who has and will ever be tortured, so are concentration camps really that bad?