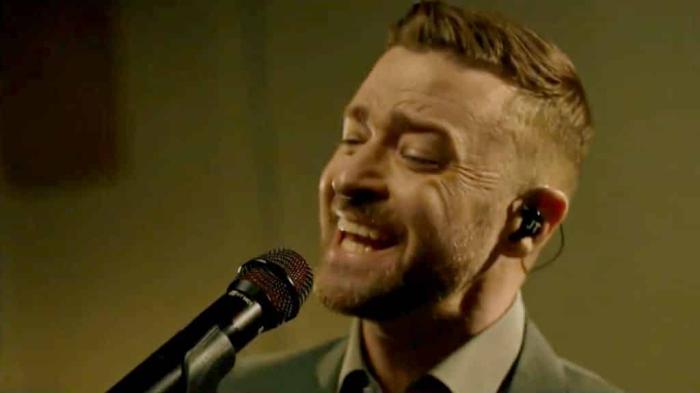 Is Justin Timberlake's Manager Really So Stupid as to Demand Forgiveness From Janet Jackson?!

Following the release of the documentary Framing Britney Spears, a whole lot of people were forced to re-evaluate their past misdeeds and treatment of the oft-maligned popstar. Magazines semi-apologized for their mockery of Spears while claiming that ‘we’ were all responsible for it. Many of us confronted our internalized misogyny as well as our relationships with the press, while a lot of paparazzi just shrugged and claimed that Britney was totally fine with all the harassment.

Then there was Justin Timberlake. The singer and ‘actor’ faced a whole barrage of renewed scrutiny for his treatment of his ex, especially the way he mined their relationship for publicity and bragged about taking her virginity while she was repeatedly slut-shamed. Timberlake got a lot of fuel out of positioning himself as a simultaneous heartbroken victim and legendary playboy while Spears was bombarded with questions about her sex life, possible plastic surgery, and ability to parent.

Of course, there’s Timberlake’s long-time refusal to take responsibility for what he did to Janet Jackson at the Super Bowl halftime show. She was blacklisted and shamed while he denied involvement and rose to further heights of popularity. Timberlake initially ‘apologized’ to both women on Instagram via the Notes app (if a celebrity apologizes on social media and doesn’t use the Notes app, does it really exist?). It was a weak-as-hell apology and a cheap look for him to shove both women into the same short piece. There were no specifics mentioned and he even tried to imply that he was somehow a victim too. All in all, it was gross. Dude should have just sat there quietly, but I’m not sure he’s capable of that.

Janet posted a #SundayInspiration on her Instagram post with the message, ‘Always choose to heal, not to hurt. To forgive, not to despise. To persevere, not to quit. To smile, not to frown. And to love, not to hate.’ Pretty sweet, right? But guess who turned up! No, not Justin. His manager, Johnny Wright. He left a comment saying, ‘You should take this advice and apply it to your relationship with Justin.’

Justin Timberlake is in hot water again after his manager said Janet Jackson needs to take her own advise and “apply it to your relationship with Justin” pic.twitter.com/0NekHm1F1M

Wright smartly deleted the comment after he was dragged to hell and back, but seriously, the gall of this team. What the hell does Janet Jackson owe you or Timberlake? HE’S the one who scrambled to be the Randall of the playground when she was thrown to the wolves. SHE’S the one who suffered the most after the Super Bowl fallout. HE’S the one who has spent YEARS downplaying and outright denying his mistreatment and betrayal of her. Now SHE’S the one who’s supposed to ‘forgive’ him?

Sometimes, there just aren’t enough yikes in the world.

I’d tell Justin to sack his manager, but they all seem to be peas in a pod when it comes to bullsh*t treatment of famous women for their own means.