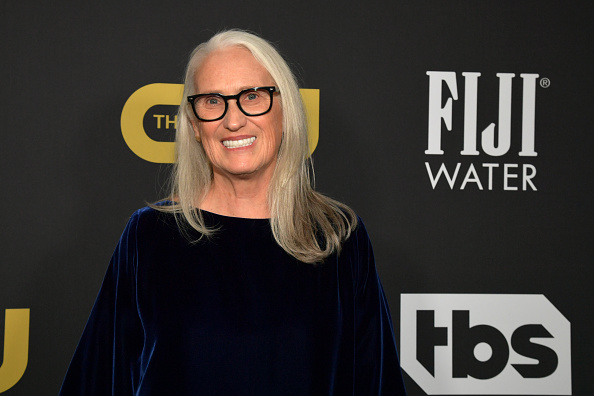 Jane Campion’s Power of the Dog was not my favorite movie of 2021. It was not even among my favorites of the Best Picture nominees. In fact, if I were ranking my top 20 favorite movies of 2021, it wouldn’t even make the list. But if I were an Oscar voter, I’d give it Best Picture because I thought it was the best movie of 2021, and I think it should win the Oscar even though CODA and Nightmare Alley were far more entertaining, and while I don’t expect to ever watch Power of the Dog again, I fully expect to watch CODA again. Maybe even tonight.

Still, all the deserved recognition that Campion has received in recent days has also given her a very public platform, which she used to the delight of the Internet to call out Sam Elliot for his homophobic comments on the Power of the Dog. “I’m sorry, he was being a little bit of a B-I-T-C-H,” she said on Saturday. “He’s not a cowboy; he’s an actor. The West is a mythic space and there’s a lot of room on the range. I think it’s a little bit sexist.”
That statement collectively elicited the Meryl Streep whooping-applause GIF from social media.
It did not, unfortunately, take long for Jane Campion to torch her goodwill, as she did during her speech at the Critic’s Choice Awards last night, where she won the award for Best Director and for some reason decided to drag Venus and Serena Williams into her speech.

Ths speech started out fine. “It’s absolutely stunning to be here tonight among so many incredible women,” she said, before praising a speech Halle Berry had given earlier in the night. Then she brought up Will Smith’s King Richard, remarking that it was “an honor to be in the room with” Venus and Serena Williams. “I’ve taken up tennis —- I truly have —= and Will, if you want to come over and give me lessons, I would truly love it. I actually had to stop playing because I’ve got tennis elbow.”

OK, OK. Nothing wrong with that. Then Campion turned to her fellow nominees, all men — Kenneth Branagh, Paul Thomas Anderson, Guillermo del Toro, Steven Spielberg, and Denis Villeneuve. Here’s where she stepped in it:

“Venus and Serena, you are marvels but you don’t have to compete against the men like I do,” she said.

In the room, the comment went over fine, presumably because no one had time to process what she’d just said. On social media, however, it was like, “What did that cringey white woman just say?”

Can we all just reverse things b4 we speak? If Venus or Serena accepted a trophy & said "Jane Campion you're a marvel, but you don't have to compete with an entire White system of exclusion!", she'd be like "What the f*ck do I have to do with them playing tennis?" Exactly Jane…

Sam Elliott: here I am saying something so stupid that the whole world dogpiles me

The arrogance and ignorance of Jane Campion. Anyone who knows anything about Venus and Serena's careers wouldn't think to utter something this stupid and insulting. https://t.co/SljZ0smqR6

On Saturday, the Internet built a shrine to Jane Campion. On Sunday, she turned it into a pyre. Final voting for the Oscars kicks off this Thursday.
Allow me, however, to end this post with a terrific speech at the Critic’s Choice Awards by one Melanie Lynskey, who never once dragged anyone else into her speech to prop herself up:

And what a perfect speech! Honestly we need to be giving more awards to Melanie Lynskey so we can get more of this pic.twitter.com/ka54hoO83W