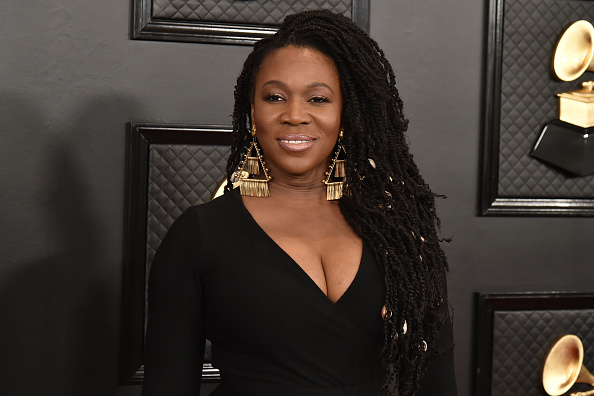 Joe Rogan’s “apology” over COVID misinformation might have doused some water on his tire fire, but it’s heating up again. A number of celebrities, including Dwayne Johnson, Kevin James, Andrew Dice Clay, Kat Von D, Troy Aikman, and Jewel (Jewel?!), appeared to side with Rogan after his weekend apology, but Sharon Stone did not, suggesting that Rogan “should put a disclaimer that he’s an asshole and that his behaviour is dangerous and affecting people’s lives and deaths.”

Meanwhile, the COVID misinformation has conveniently (for Rogan) obscured another (of many) idiotic statements he made just last week with Jordan Peterson on his podcast, saying that “the term ‘Black’ is weird” unless “you’re talking to someone who is 100 percent African from the darkest place where they are not wearing any clothes all day.”

For obvious reasons, India Arie was aghast at those comments and has decided to pull both her music and her podcast from the streaming service.

It’s her First Amendment right to do so. Arie, however, also points out that her decision is about “respect,” specifically over the fact that musicians are paid a fraction of a penny while Joe Rogan gets paid $100 million.

CLARITY: The music industry is abusive. sexist. racist. agesit ~ AMPLIFIED and UNCHECKED. THIS is not an opinion. THIS IS WISDOM. this streaming model is but ONE area that needs to be torn down amd rebuilt with RESPECT for the artists AT THE FORE! #DeleteSpotify

It’s also worth noting that Rogan has a history of shockingly racist comments on his podcast. These two clips are circulating around social media right now.

Joe Rogan on hoping to see Planet of the Apes in a “good neighborhood:”

Quick: Someone ask Dwayne Johnson what he thinks of those videos.

For the record, Graham Nash — of Crosby, Stills, and Nash fame — has also decided to pull his music from the streaming service.