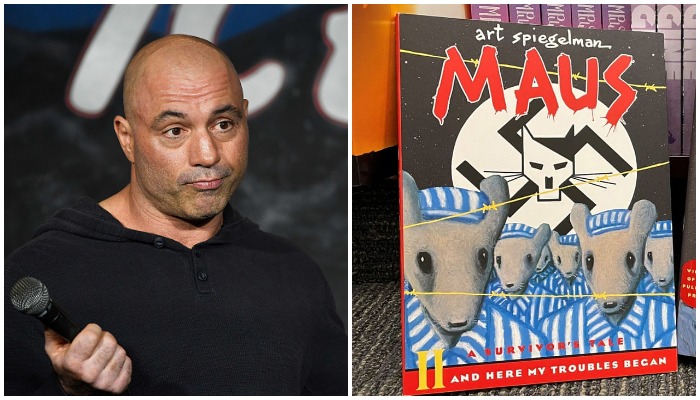 It’s worth revisiting the language of the First Amendment:

Congress shall make no law respecting an establishment of religion, or prohibiting the free exercise thereof; or abridging the freedom of speech, or of the press; or the right of the people peaceably to assemble, and to petition the Government for a redress of grievances.

Again, it says that “Congress shall make no law …” This means that the government cannot pass laws that prohibit one’s freedom to say anything they like, no matter how ugly. This is why the ACLU has defended the likes of Nazis, NAMBLA, and the Westboro Baptist Church. It’s because they have the First Amendment right to express their hateful beliefs without fear of prosecution. The press, meanwhile, can write whatever the hell they want about those in power, and the government can’t do sh*t about it.

A popular misconception is that the First Amendment doesn’t apply to private businesses like Facebook or Spotify. This is not entirely true. It is true that they do not have to provide First Amendment protections — because Facebook and Spotify are not “Congress” — but Facebook and Spotify are afforded freedom of speech protections by the First Amendment. This means that Twitter can allow Nazis to say whatever the hell they want on their platform, but it also means that they are allowed to ban those same Nazis. Banning or suspending a social media user in and of itself is an act of free speech, and the government cannot do sh*t about that, either.

Beyond circumstances in which the government is involved, freedom of speech is dictated almost entirely by capitalism and morality, which are interesting bedfellows. If enough people have a moral or ethical objection to certain content on private platforms, they can pressure private actors to remove that content. If they apply enough pressure, there may be capitalist reasons to remove a user or a podcaster, and the private entity has the First Amendment right to do so. It also has the First Amendment right to tell leftist Twitter mobs or evangelical bigots to take a hike.

Because book banning is a popular topic again these days, it is also worth noting how the First Amendment applies in those cases because schools are a government entity. In short, the First Amendment does not allow school boards the discretion to ban books because of the opinions expressed in those books. They can ban books if they find the books to be morally objectionable to the students. However, if enough people in the community — be it parents, teachers, or students — object to the ban, they can challenge it and have it overturned.

In the case of the school board that banned Maus, they claimed to do so because they found the vulgarities objectionable. This is obviously a cover for the real excuse: The opinions (and facts) expressed within the book make them uncomfortable. If enough parents, teachers, and students challenge the ban, however, Maus would have to be reinstated. McMinn County, Tennessee is largely white, largely rural, has a high poverty rate, and only 39 percent of its folks are vaccinated. I wouldn’t hold my breath.

The good news is that sales of Maus have skyrocketed in the last week thanks to the attention the ban has brought to the book (it is currently the second and third most popular book on Amazon). While it is true that some kids in Tennessee may not have access to Maus in their school libraries, thousands more kids are reading it right now. Thanks, Tennessee?