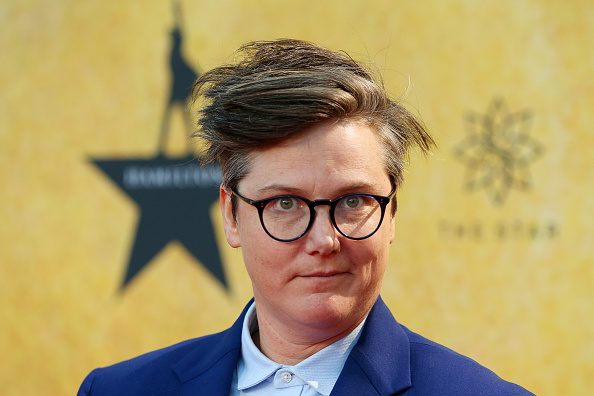 Recall that last year, during the heat of the controversy over Dave Chappelle’s transphobia, Hannah Gadsby called Netflix an “amoral algorithm cult,” and that was one of the nicer things she had to say about the streaming service.

“You didn’t pay me nearly enough to deal with the real world consequences of the hate speech dog whistling you refuse to acknowledge, Ted,” Gadsby wrote last October, referring to Netflix CEO Ted Sarandos. “F**k you and your amoral algorithm cult … I do sh*ts with more backbone than you.”

That same Hannah Gadsby has now re-signed with Netflix, so I guess they did pay her enough to deal with the “real world consequences of their hate speech dog whistling.” To be fair to Gadsby — and to the suggestion that Netflix’s commitment to diversity was no more than lip service — Gadsby will not only premiere her third stand-up special on the streaming platform in 2023 but she will also “curate and host a line-up show on Netflix featuring six new, gender-diverse comedians.”

“In a notoriously transphobic industry,” she added, “I am looking to broaden the scope of opportunities for genderqueer performers from around the globe, as well as expand the diversity of offerings to audiences on one of comedy’s biggest platforms. Coupled with a mentorship initiative for these up-and-coming comics, the program aims to foster the professional development of a demographic that is still struggling to have their voices heard.”

On the one hand, I appreciate that Gadsby will be bringing more genderqueer performers to Netflix. On the other hand, I don’t love that Ted Sarandos can now say that Netflix is representing both sides of the trans debate, because there shouldn’t be a debate. Netflix would not do the same — I should hope — for race, as in, “It’s OK that we have an open racist doing a stand-up special, because we have POC on, as well.”

At least they haven’t signed Louis C.K. and argued that it’s OK because they also signed Hannah Gadsby. Yet.