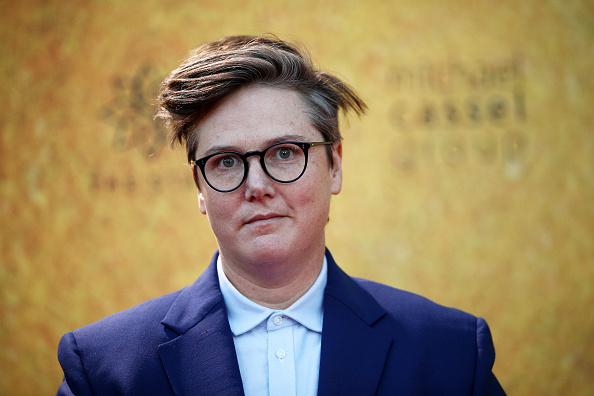 Don't 'Drag My Name into Your Mess': Hannah Gadsby Lashes Out at Netflix Over Dave Chappelle

Hannah Gadsby became one of the biggest stand-up stars a few years ago after the release of her Netflix special Nanette, which in a lot of ways redefined stand-up comedy. She followed that up with another successful Netflix special, Douglas, which solidified her position in the upper echelon of the stand-up world. Just because Netflix gave her a platform, however, doesn’t mean that they are immune from criticism from Gadsby’s criticism.

Netflix co-CEO Ted Sarandos found that out the hard way this week when he unwisely referenced Gadsby in defense of the streaming service’s diverse content while defending Dave Chappelle’s controversial stand-up special, Closer. “So we have Sex Education, Orange Is the New Black, Control Z, Hannah Gadsby and Dave Chappelle all on Netflix. Key to this is increasing diversity on the content team itself.” Gadsby did not appreciate being dragged into Sarandos’ defense of Chappelle, nor I suspect did she agree that Chappelle’s transphobia doesn’t translate into real-world harm.

“Hey Ted Sarandos,” she wrote on Instagram. “Just a quick note to let you know that I would prefer if you didn’t drag my name into your mess. Now I have to deal with even more of the hate and anger that Dave Chappelle’s fans like to unleash on me every time Dave gets 20 million dollars to process his emotionally stunted partial word view. You didn’t pay me nearly enough to deal with the real world consequences of the hate speech dog whistling you refuse to acknowledge, Ted. F-k you and your amoral algorithm cult …. I do sh-ts with more back bone than you. That’s just a joke! I definitely didn’t cross a line because there isn’t one.”

Meanwhile, trans employees and other supporters within the company are moving ahead with their planned walk-out on October 20th.

← Sharon Stone Complimented Jonah Hill's Body After He Said Not To | OK, Not Every NFL Coach is a Total Garbage Person →