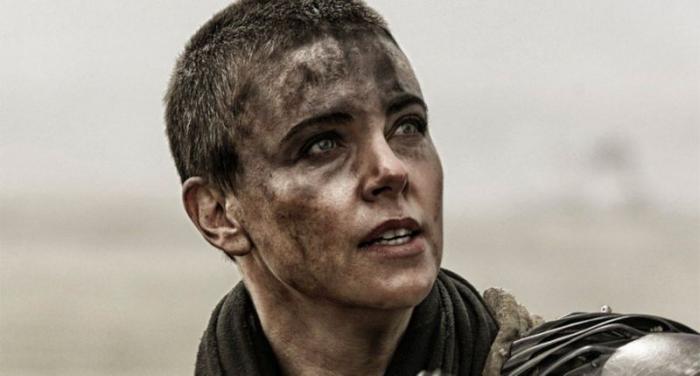 Jason Bailey has a terrific piece in the NYTimes this weekend about “the pleasures of watching Charlize Theron throw a punch,” which also tracks Theron’s efforts to be taken seriously as an action star dating all the way back to the Tarantino rip-off 2 Days in the Valley and the commercial misfires Aeon Flux and Hancock.

In addition to dealing with industry forces outside of her movies, Theron has also had to deal with bullshit from those who worked with her on some movies. Take, for instance, this anecdote from The Italian Job, which Theron shared at the virtual Comic-Con over the weekend, probably to the dismay of Mark Wahlberg:

“The only good thing that came out of that experience was that there was a real pressure to pull off those stunts with the actors - and that was the first time I experienced anything like that,” Theron explained. “But there was a very unfair process that went with that. I was the only woman with a bunch of guys, and I remember vividly getting the schedule in our preproduction and they had scheduled me for six weeks more car training than any of the guys.”

“It was just so insulting, but it was also the thing that put a real fire under my a— and I was like, ‘All right, you guys want to play this game? Let’s go,’” she continued. “I made it a point to out-drive all of those guys. I vividly remember Mark Wahlberg, halfway through one of our training sessions, pulling over and throwing up because he was so nauseous from doing 360s.”

Her efforts to be taken seriously as an action star finally paid off in George Miller’s Fury Road, although that required a grueling 120-day shoot out in the desert with a co-star that she basically grew to hate. Tom Hardy and Theron have since patched things up, but their dislike for one another on the set of Fury Road is no secret. Recently, Dayna Grant — Theron’s stunt-double — addressed the “intense” atmosphere on set as part of the Metro’s series on stunt performers, Seeing Double.

‘It was hard. It was really hard. It was hard because it was obviously I had to spend time with both of them and both of them didn’t want to be together. ‘I had to do everything with [Tom] - so usually Charlize would come in and they’d do scenes together but they didn’t want to do scenes together so I was put in her spot to always be with Tom. Tom’s double was always put with Charlize so we actually worked with the opposite characters.’ She added: ‘We knew right from the get go. We knew from the beginning that it was happening when we were doing the fight choreography…there was tension then. ‘So we were told what was going on. And we were just told to try and make it work as much as possible, which was challenging, because usually you’re all in one big group and working together whereas we were kind of separated.’

Fortunately, despite the tension on set, the grueling shoot resulted in the best movie of the 2010s and a mid-career resurgence as an action star for Theron, who has gone on to star in the Wickian Atomic Blonde and Netflix’s huge hit this month, The Old Guard, where we are able to derive those pleasures from watching Charlize throw a punch, hopefully for many more years to come:

WOW this did make my day thank you. “90% middle aged women doing hand to hand combat and 10% queer romance” killed me 😂 Be damn sure I’ll keep it up :) https://t.co/yCO3fWw8DH