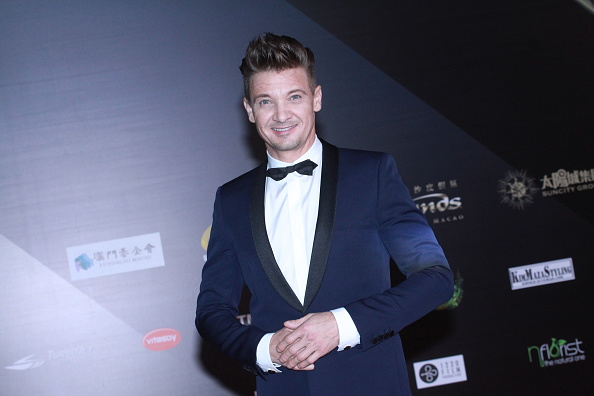 Folks, you cannot keep Jeremy Renner down. The man is determined to exploit whatever celebrity capital he has accrued from the Marvel series and turn it into capitalistic gain. Marvel supporting superhero fame doesn’t burn forever, and The Hawkeye TV series may be his last rodeo in the MCU. So, he’s gotta get while the gettin’ is … there. He’s got a thriving music career; his song “Heaven Don’t Got a Name,” peaked at #21 on the Billboard charts (presumably based on ironic airplay), and his music video for “It’s weird not to be weird,” has been viewed 283,000 times on YouTube, and at least 32 of those views were from earnest fans (while the other 282,968 were from people who wanted to see the Taiki Waititi cameo).

But alas, not all of Renner’s attempts to blatantly sell out before he’s reduced to the lead in a CBS procedural have succeeded. The Jeremy Renner App , unfortunately, failed due to social-media malfeasance, but mostly because users couldn’t resist trolling the man who will be Clint Barton for at least another year or two before Renner attempts to do some sort of crossover movie between his failed Bourne character and his failed Mission Impossible character (Bourne Impossible?).

Thankfully, the Rennerverse is vast and expansive, and when one project fails, there’s always another waiting in the wings to spring forth from the wage gap before it closes (no thanks to Jeremy Renner). Folks: I give you the Jeremy Renner Amazon Storefront. Look upon it and weep.

It’s like a JCPenneys flyer, only it’s in my computer screen where I can reach out and touch it with the palms of my hand! It’s like Jeremy Renner is right here at my kitchen table fishing and creepily stalking someone half his age with those brand new binoculars! And what kind of products can you purchase via the Jeremy Renner storefront? You can buy Frontiersman Bear Spray for the low price of $34.99, in case you find yourself approached by a bear out in the woods on days you forgot to bring your crossbow, which unfortunately does not appear to be available in the Jeremy Renner store, which seems like a missed opportunity (although, you can buy Neosporin through his storefront, which you’ll probably need if you spend a lot of time outdoors trying to emulate the persona Jeremy Renner has carefully crafted to sell outdoor gear).

But look: These Amazon products are the exact same — and cost the same — whether you buy them from the Amazon search function or through the Jeremy Renner store. But if you get them in the Rennerstore, Jeremy probably gets some of that sweet, sweet affiliate cash, and you can feel good about yourself because — by purchasing Hodgman Caster Neoprene Cleated Bootfoot Chest Waders for $97 — you have contributed to the wealth of Jeremy Renner.

In the end, isn’t that what we all aspire to do?


← I'm Sure It's No Coincidence that 'Cuck' Will Be Released on the Same Day as 'Joker' | Review: 'IT Chapter 2' Is an Interminably Long and Lackluster Sequel →