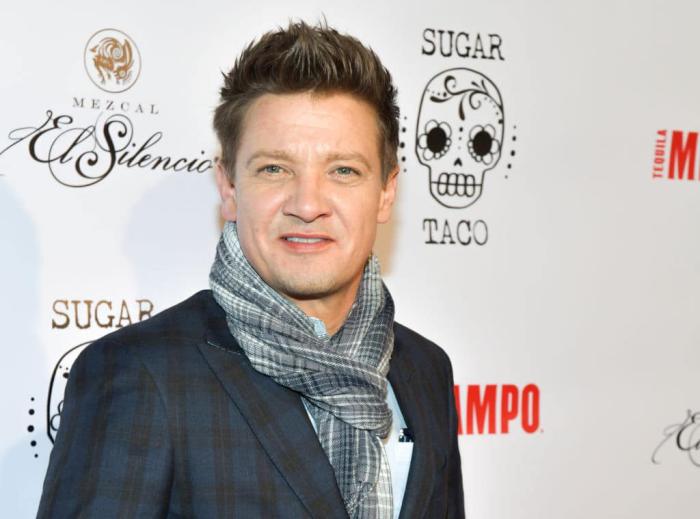 What the Hell is Going On With Jeremy Renner’s Career?

Sometimes, you instantly know how you feel about a celebrity. Be it pure instinct or something more contextual, there are some figures you can look at in a moment and immediately figure out your stance on them. A lot of the work of celebrity and the surrounding ecosystem of fame and fandom cannot be dissected by reason, history, or anything remotely sensible, which is what makes it equal parts so thrilling and baffling. You can spend years of your life building up a fascination with an actor or musician or other such public figures, and then there are times when you just decide how you feel and nothing can change that. So what happens when you’re stuck with someone who you just can’t figure out? You know you don’t like them and hating them seems too much, but you wouldn’t say your feelings on them were especially neutral. There’s just something about this one dude that intrigues and aggravates you in equal measure because you don’t get them.

Yes, my friends, it is time for us to return once more to the question of Jeremy Renner. I’m not sure how I found myself the queen of the Renner beat on Pajiba but I must follow my muse where it takes me. He is a riddle wrapped in an enigma smothered in beige and constantly emanating the perplexing stench that inspires us all to ask, ‘Wait, him?!’ For you see, dear readers, Jeremy Renner is not just an actor. No, he is a wannabe polyglot, a man of business and branding with dreams well beyond being the sixth most interesting original Avenger and that guy you still kind of hate for his snide comments on the Hollywood pay gap.

First, there was his singing. We have extensively documented his musicals endeavors on this site because the world needed to be warned and if I had to listen to him butcher ‘House of the Rising Sun’ like your great uncle at the family BBQ who you don’t remember inviting then so does everyone else. Then there was the Amazon shop, showing Renner as a man of the woods, an identity he wears as authentically as Justin Timberlake and Paris Hilton in the classic episodes of The Simple Life. Look, if you can’t trust Hawkeye to recommend you good beef jerky, who can you trust?

Neither of these ventures felt in line with the Renner persona, such as it is, but they both seemed perfectly sensible compared to one of his original schemes. Seriously, we do not talk enough about the fact that Jeremy Renner has an official app.

There’s been a lot of talk this past week online about the oddity that is the Jeremy Renner app. Now available from the Apple and Google stores, this free app (complete with in-app purchases) allows you to do ‘fun things’ like ‘follow Jeremy Renner on social media.’ I had no idea that was something you needed a whole separate app for, but there you go. Fans can also ‘join exciting contests for a chance to win amazing prizes like meeting Jeremy Renner, event tickets, and more’ and ‘boost your comments with Superstars, become a Top 3 Fan, and be seen by Jeremy Renner.’

Even before you delve into the app itself, its basic offerings are pretty paltry. You can follow a celebrity on Twitter and hope they one day like your reply and you don’t have to pay money to become a ‘Superstar’ to increase those ever-slim chances. In-between images Renner has already shared on Instagram and inspiring messages like ‘happy Rennsday’, the app includes users with names like Bill Cosby and Casey Anthony, including one elaborately constructed troll account for the latter that would have been bleakly funny if it weren’t for the sheer tragedy and confusion of everything else going on.

The app is arguably the most unusual element of this slew of Renner business investments because he’s never felt like the kind of actor with the personality or desire to cultivate the sort of following that would warrant such a device. It made sense when the various Kardashian and Jenner sisters did this because they built their images on endless accessibility and a keen understanding of social media’s transactional nature. I could see a world where various internet stars had an app like this. Hell, it made sense for Taylor Swift, even though it went totally haywire because she has an incredibly distinct brand and intent. But Jeremy Renner? I write about pop culture and celebrities for a living but even I couldn’t point to five aspects of his image or personality that would be conceivably appealing to a wide-reaching fan-base beyond his involvement in popular franchises.

This confusion applies to both his music and Amazon work too. Actors who decide to launch singing careers are easy to mock and frequently lead to some of Hollywood’s more regrettable follies. Nowadays, it’s hard to imagine a star of the big screen beloved enough to the point where they could make the musical jump and pull it off with equal or comparable success to their acting. Even the songs that people remember or that sold well in their day aren’t viewed positively (‘Party All the Time’, anyone?) Renner isn’t a bad singer and the music he’s releasing is clearly engineered to appeal to the tastes of current Billboard 100 listeners. It’s evident that a lot of work went into ensuring his songs sound like the stuff that fills Top 40 radio and could be compared to the stadium fillers of the day (at least for middle America white family crowds with a proto-country flair). This is a man trying to appeal to as wide a demographic as possible.

There’s no better way to do that than collaborating with the unbeatable behemoth of consumerism, capitalism, and universal brand awareness that is Jeff Bezos’s dreamhouse, Amazon. However, once again, there’s a disconnect between the person and the product. Sure, Renner is Hawkeye, so seeing him shill archery bows and arrows makes sense, but is he the guy you trust to recommend you top camping equipment? When you think, ‘I need flannel shirts, beef jerky, and bear spray’ then are you immediately rushing over to what your pal Jeremy is going to say? He’s talked before about being a big fan of the outdoors and I’ve no reason to disbelieve him, but every image of him on that Amazon page reminds me of Donald Trump Jr. posing against that log. There’s an inherently manufactured quality to its presentation that makes the entire enterprise feel like miscasting.

So, why is he doing this all? If he’s an actor who has primarily chosen to avoid the public eye and the necessities of defining himself as a product to audiences for most of his career, why change now and why do so in a way that perplexes more than excites? I assume you’re all looking for a more sophisticated answer than monetary compensation, but that is clearly a major driving force here. Renner is already much richer than you think he is thanks to his side-hustle flipping houses. He’s been a quiet entrepreneur for several years as well as getting involved in the expected ad deals and sponsorships expected of actors. There will always be value to a major star putting their name and face to a product or idea or new element of their career with demographic expansion opportunities. It probably helps that things like his music and Amazon outdoorsman store expand him into audiences known to have a lot of disposable income. These are also projects that put him front and center as something more than a brand ambassador, free of politics or controversy or anything that could impact his market value. There’s activeness to this kind of stuff that feels more personal than just slapping your face on a bottle of gin.

Conveniently, these ventures can all be done from one location. There’s no need to go on months-long shoots, as Marvel often requires, and they’ll yield maximum profit without the strenuous work-outs or publicity tours. Renner probably has an in-house recording studio or access to a nice one close to home. The app can be managed by others and all he has to do is remember it exists now and then, and the Amazon store basically sells itself. For a 48-year-old guy with a young daughter and a limited shelf life as an action hero, there’s clearly an appeal to that.

Perhaps it doesn’t matter that I can’t figure out Jeremy Renner. Clearly, enough people have and they’re willing to dig deep into their pockets to let him know their feelings. There’s a lot of cash and coverage to be mined by having a devoted group of fans in your corner, even if that base is vastly outnumbered by more definable figures. In an age where we’re encouraged to monetize every aspect of our lives, why not manufacture more of them to sell? Renner’s made it work.

← Meghan McCain and Her Husband Are the Black Panthers of Guns Now | 5 Shows After Dark: 'The Real Housewives of Dallas' on Bravo Fourth Season Premiere, 'Dog's Most Wanted' Premiere on WGN →