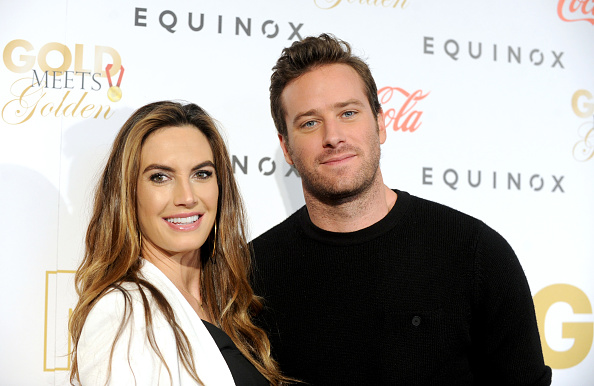 In late 2020 and early 2021, Armie Hammer’s career completely fell apart amid a number of revelations that originated online while he was going through a divorce with his now ex-wife Elizabeth Chambers. As it turns out, Elizabeth Chambers orchestrated a number of those leaks herself by using a friend’s email account (with the friend’s initial consent) and impersonating her.

According to CNN and Page Six (via Jezebel), the leaks were indeed coming from inside the house. Chambers, using her friend’s email account, leaked to The Daily Mail that Hammer was having an affair with Lily James; that he had abandoned Elizabeth and her children in the Cayman Islands; and pictures from Armie Hammer’s finsta, or private Instagram account, which included a number of compromising photos. Those leaks, and the public accounts of Hammer’s victims, would eventually unravel the actor’s career. Meanwhile, those same leaks spoke glowingly of Elizabeth herself. Impersonating her friend, Elizabeth referred to herself as “an amazing woman. She doesn’t deserve this. You couldn’t ask for a more stunning devoted wife and she’s a great mom to their two little ones.”

Armie is “smugly living his most privileged life as his career burns to the ground,” Chambers — posing as her friend — also once wrote to a reporter.

OK, fine, right? If your husband ditches you with the kids in the Cayman Islands and cheats on you repeatedly, he gets what’s coming to him, especially in this case, where what should be coming is a long prison sentence (which, alas, wealthy white men usually evade). Burn his ass to the ground, right? It’s not like she was making up stories.

On the other hand, Chambers — in texts with the friend she was impersonating, seen by CNN — had little sympathy for Armie’s victims. When Elizabeth’s friend asked if a woman that Armie violently sexually abused was OK, Elizabeth said, “Yes, she’s just dramatic,” while also suggesting that the women who spoke out against Armie were “all crazy.” Those comments stand in contrast to comments Elizabeth Chambers made an in an interview last week. “I consider myself a feminist and stand in solidarity with anyone who has been a victim of any sort and hope they find healing,” Chambers told E! while a blue crystal was tucked into her bra.

The friend she was impersonating became increasingly uncomfortable with how Elizabeth used her email account and eventually changed the password before, obviously, revealing details of their exchanges to CNN and Page Six. Elizabeth and Armie, meanwhile, are “in a really great place” now.