Armie Hammer Is Not Okay

Armie Hammer, who vaguely reminds me of a young version of Bradley Whitford’s character in Get Out, has a new film with Lily James coming out on October 21st. It’s called Rebecca, and because I’m not much of a fan of Hammer, I hate that I am as excited as I am about the film. But also, just cast Hammer as a 1920s oil tycoon so that we can get the inevitable career pinnacle out of the way and Hammer can inexorably slide toward obscurity. And if you’re wondering why I dislike Hammer so intensely, here’s one reason, and here’s another, but also, he’s just very tone-deaf, which I attribute to the amount of money, privilege, and evil whence he comes.

That said, Armie Hammer is also going through a divorce, in part because he and his family had a lot of difficulties adjusting to the pandemic, as he told British GQ.

“It was tough, man. I’d never dealt with anything like that before in my life, so I didn’t have the tools,” he said. “It was just this thing that snuck up on everybody. I don’t think I handled it very well. I think, to be quite frank, I came very close to completely losing my mind. I just felt completely powerless.”

“I was on an island where the lockdown was so severe that mail couldn’t even come in. I felt so intensely trapped, like a wolf who got caught in a snare and wants to chew his own foot off. I was just like, ‘I can’t do this. Get me out of here.’”

And look: Trauma is trauma, and everyone deserves a right to their pain no matter how rich they are. But also for the record, he was quarantined with his wife and kids in the Cayman Islands, which he called a “very complicated, intense situation.”

His divorce, which he called a “seismic event,” has also manifested itself in some ungodly facial hair. 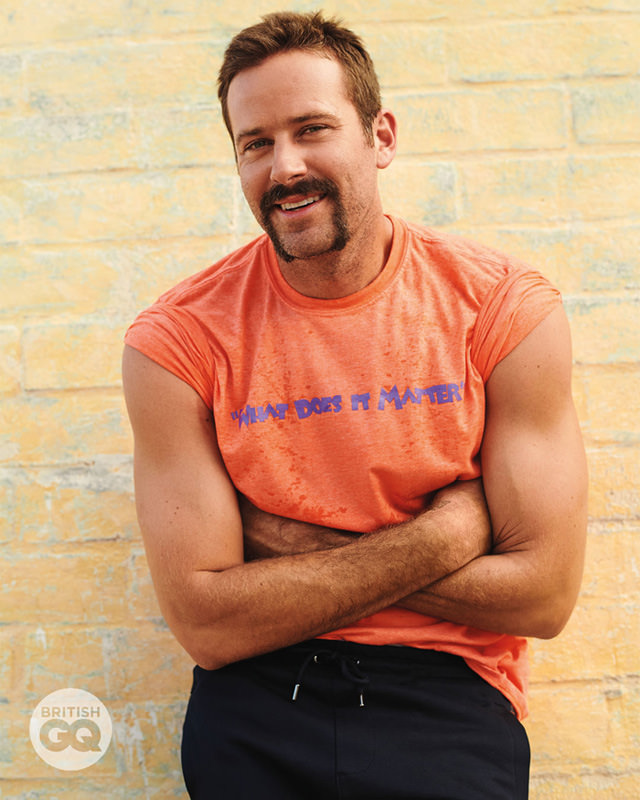 At least his hair has improved since the early days.

On the other hand, Hammer’s sense of humor decidedly has not improved.

“These guys are fucking liars! They are idiots - all of them. And it incenses me,” he told British QB. “No one is safe, whether you’re on this side or that side. It’s not like I even want to be involved in politics.”

The feeling is mutual, Armie. I don’t believe that entertainment stars should stay out of politics, but for Armie Hammer, I’ll make an exception.