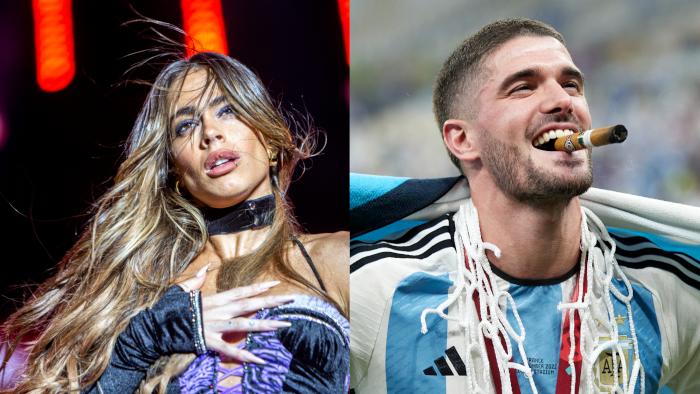 A Juicy South-of-the-Border Scandal About a Pop Princess, a Hot Footballer, and His Baby Mama

We have one Martina Stoessel (25), Argentinian, who goes now by the mononym TINI or Tini Stoessel, but did so only after she was already huge, making it much easier to search for her on Google. She is probably one of the biggest Latin Pop Stars right now, with her breakout vehicle being the insanely popular Violetta franchise on the Disney Channel. It’s basically the Hannah Montana for Latin American Zoomers. As all Disney Pop Princesses do, once her contractual obligations with the Big D were over, she swiftly transitioned from wholesome to sexy grown-up popstar via Latin sounds.

She’s also a nepo baby (her father is a very well-established TV director), and a very successful case of an industry plant. To be fair, Latin American showbiz reaches Bollywood levels of nepotism, and pretty much every major Pop act is a carefully developed industry plant. I apologize if I’m being mean here, but by god has her figure been pushed relentlessly for somebody who, unlike Miley Cyrus, has never strayed outside a very basic formula. They are still trying to make her happen in the Anglo market, at one time, through unfounded rumors that she would star in a Martin Scorsese movie. She will be in an upcoming movie written and directed by Jackie Chan.

We also have a footballer, Rodrigo De Paul (28), midfielder, jersey number 7 of the World Cup-winning Argentinian National Squad, currently playing for Atlético Madrid. During the World Cup, a catchy WaPo article made the rounds discussing why there were no Black players on the Argentinian team. There’s a nuanced point to be made there, but there’s an even bigger one: The most underrepresented demo in Argentina’s team are their hot men. It’s not like La Scaloneta is made only of faces for radio, but it’s not a good sample of the male gene pool in Argentina*.

With one exception. That exception being Mr. Rodrigo De Paul, who is not “tall with abs” hot, like Cristiano Ronaldo. Just look at this absurdly good-looking dude. Is he any good? Well, he is on Messi’s team, which is like being a backup singer to Aretha. You still got the job because you’re excellent, but you’re sharing the stage with a God.

Ms. Tini and Mr. De Paul began following each other circa mid-2021, DMs and Likes came and went, and they started dating somewhere around the second half of 2021.

So far so good. They are the kind of pairing that makes celebrity mags salivate and their management have lucid dreams about branding integration. However, one major obstacle stood between the beautiful Disney Princess and the Handsome Prince: One Camila Homs, the Handsome Prince’s long-time partner and mother of his two children, the youngest born in July of 2021.

When it comes to pro athletes, being in a long-term relationship and having children isn’t so much an obstacle to chasing tail as it is an incentive. But perhaps even famous and hot athletes would draw the line at “starting a new and very public relationship right after my wifey of a decade has just given birth to our second child.” One school of gossip historians insists that there was a relationship overlap. Another school claims that even if they were broken up, official or Ross Geller style, De Paul plowed straight through the socially acceptable fallow time between relationships. And, you know, the baby thing. And, you know, the fact that, ever since they went Instagram official, they have been rubbing their relationship in everybody’s faces like they were ten years younger.

Things would get juicier. Because Argentinians are not known for being chill.

As you might recall, Argentina won the World Cup. Tini was unable to be in Qatar to cheer for De Paul, as she is in the middle of her most successful world tour so far. Now, these are two young, hot people in the honeymoon phase of their relationship. Add to that mixture not just a normal high of personal achievement but winning the goddamn World Cup. The only drug equivalent to their relationship high would be plutonium-laced cocaine. So, you are coming back a hero, a month of barely seeing your loved ones. What do you do? As De Paul arrived, with Buenos Aires paralyzed by welcoming crowds, he sneaked to drop in on Tini, before visiting his children.

A few days later, the war began, with Ms. Homs dropping passive-aggressive comments on her IG stories, followed by a series of leaked WhatsApp conversations between De Paul and Homs, plus an audio file of Homs’ father threatening De Paul. Now that’s what I call a father that shows up; most Argentinian men would cut off their own arms before shitting on their own World Cup winners. The leaked conversation has all the chill you would expect from two people who were together their entire teenage and adult lives and share two preschool children: She called him a dipshit and threatened to show him her worst side, and he called her the biggest piece of shit he had ever met. Plus, she accused Tini of having slept with the whole squad, but that insult is just the ‘yo momma so fat’ of Latin American WAGs. 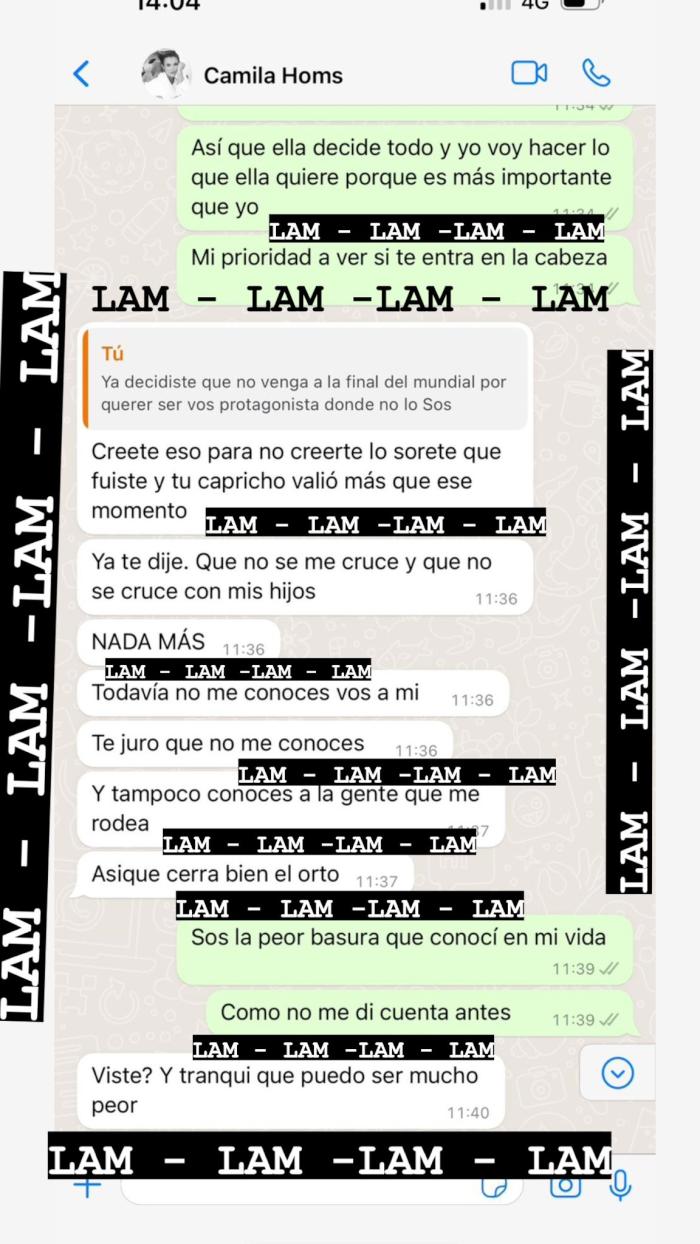 Things came to a head a few days ago, when Ms. Homs was seen in a Punta del Este club, laughing along as a crowd started chanting lewd songs mocking Tini. De Paul sued Homs and her family for harassment, and they eventually settled a new alimony arrangement. That’s the truce, for now.

What I love about this delicious shitshow is that both are unexpected, but paradoxically, par for the course for a Pop Princess like Tini, whose career has been carefully constructed and manicured since… well, probably since the day she was born, her entire career is basically a family operation. It’s one thing to go from a wholesome Disney teenage star to sexy adult pop star, but what you don’t want is allegations of homewrecking. At the same time… there is a tradition of young Pop stars being accused of homewrecking as they become adults, Britney Spears and Kevin Federline come to mind. This relationship is at once great for exposure but also taints her more generic, good-girl-but-empowered image.

Predictably, Tini has taken in a LOT of sexist comments and attacks for this entire affair. However, I do see a change in that De Paul is also eating shit online for philandering and being a semi-deadbeat. Measured in the replies to their posts and Twitter mentions, the support is mostly on Homs’ side. It’s not 50-50; I’d say it’s 60-40 at best, but for the standards and double standards of sexism in Latin America, that’s progress. Progress worthy of Nancy Pelosi’s Democrat Party, but progress still. And don’t forget, Tini has the support of the most terrifying type of radicalized communities: Teenage fans.

I do feel for poor Camila Homs, and the kids too. But you know what the solution to her woes would be. Say it with me: Airdrop Pete Davidson in Buenos Aires. No joke, guys like Rodrigo De Paul simply can’t process the fact that Pete Davidson has that pull; it would break him.