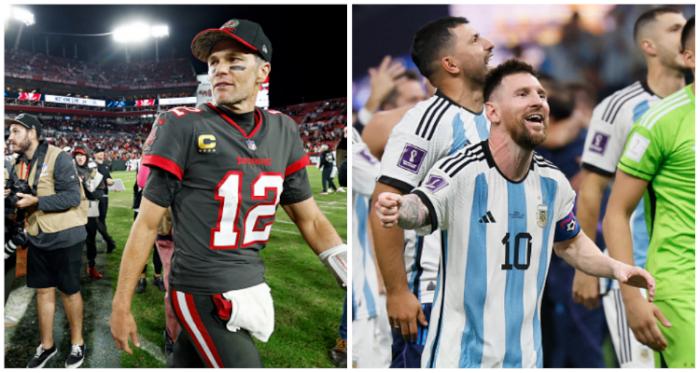 It Was a Wild and Wildly Entertaining Football Weekend

We don’t write about sports that often, but sometimes we do. This is one of those times. The World Cup ended yesterday in an exciting, dramatic fashion. I don’t watch a lot of football/soccer so I don’t have a lot with which to compare, but Argentina’s victory over France was the most wildly entertaining soccer match I’ve ever watched.

My wife’s organization joined the local immigrant center and held a big multicultural watch party. I cannot think of a better way to watch it than while an excited man is shaking his chair in the sky 10 feet away from the Governor of Maine after a French goal. Given the nature of the event, I assumed most people would be rooting for Argentina, but because of the multicultural makeup of the French team, allegiances were fairly split, which made it all the more enthralling. I won’t speak to this with any sort of authority, but it was great to see Lionel Messi and Argentina vanquish the Empire. Argentina goalkeeper Emiliano Martinez should get a lot of the credit, too, for blocking shots in the penalty-kick tiebreaker and celebrating his Golden Glove award with class! 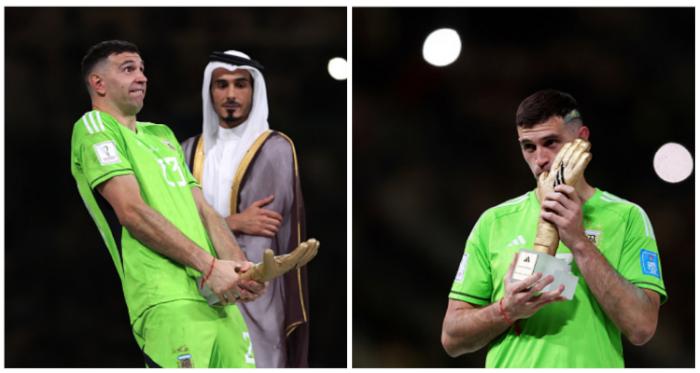 Elsewhere, in NFL football, it was a helluva weekend, as teams begin to clinch playoff berths. But not the Indianapolis Colts, who narrowly avoided the ignominy of becoming the first NFL team in history to have two ties in the same season and instead will have the ignominy of being on the losing side of the biggest comeback in NFL history. The Colts were up 33-0 at halftime. They lost 39-36. This is what happens when the owner hires a very nice, very likable white guy with no NFL coaching experience to run the team. Coach Jeff Saturday now only allowed the Philadelphia Eagles to snatch a victory away from the Colts in the final minutes, but allowed the Vikings to erase a 33-point deficit.

Speaking of the Patriots, for those of us who loathe both the Pats and their former Super Bowl-winning QB, Tom Brady, it was a good weekend. Tom Brady — now throwing it all away for the Tampa Bay Buccaneers — coughed up a 17-0 lead to the Cincinnati Bengals and lost to Joe Burrow and his 4 TDs, 34-23. Brady had no one to blame but himself, either: He lost two fumbles and threw 2 interceptions. And yet, somehow, the Bucs, at 6-8, are leading their division and poised to make the playoffs. It’s the very definition of a mediocre white man failing upwards.

As for the Patriots themselves, they lost in one of the most spectacularly embarrassing fashions in the history of football. With no time left on the clock in a tie game with the Raiders, the Pats scrambled to score and avoid overtime. In doing so, well, this happened:

What just happened?? The @Raiders win on the final play!! #NEvsLV pic.twitter.com/cmKNUuab1k

Sweet Jesus, that was fun to watch. It’s only the second walk-off defensive touchdown on the final play of regulation and the first since 1960. As the kids like to say when they mean the opposite, “You hate to see it.”

Elsewhere, if you hate racism, you hate the Dallas Cowboys and owner Jerry Jones, who was among a mob of white boys who blocked six Black students from entering Arkansas’ North Little Rock High in 1957. The Cowboys are a very good team, and they lost to a very bad (but improving) team, when the Jacksonville Jaguars (BLAKE BORTLES) took this unlikely interception to the endzone to win in overtime.

MADNESS IN JACKSONVILLE. WALKOFF PICK-6 FOR THE @JAGUARS. #DALvsJAX pic.twitter.com/ZQrhOLRuIW

Although the interception won the game for the Jags in OT, it was not the best INT of the day.

This INT is wild! @BluesKalus

Briefly elsewhere: The woeful Houston Texans narrowly lost to the Super Bowl-contending Kansas City Chiefs a week after narrowly losing against the Dallas Cowboys. The Texans are getting better, and will have the first pick of the draft. They might amount to something next season. The Eagles, Vikings, Cowboys, 49ers, Chiefs, and Bills all clinched playoff spots, and the upstart, feel-good snakebit underdog Detriot Lions have won three in a row and six of their last seven as they make a longshot bid for the playoffs. They are 7-7 with three games left on the season.


← Amber Ruffin Sang A Christmas Song Deemed 'Too Dumb' For Her Own Show | 'Oppenheimer' Trailer: Christopher Nolan Goes All Mood Piece With His Most Conflicted Hero Yet →