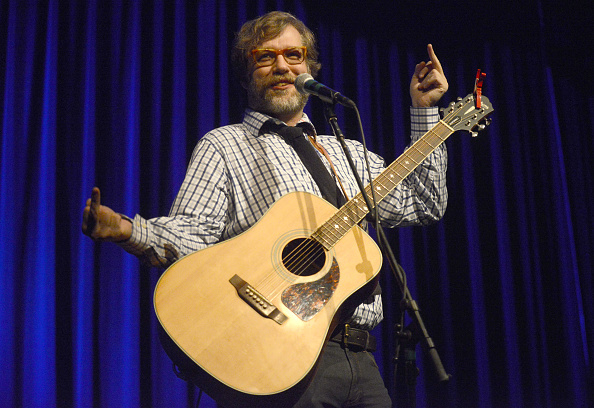 John Roderick, aka Bean Dad, aka Ken Jennings’ podcast co-host, aka lead singer for Long Winters, aka former touring musician for Harvey Danger (“Paranoia Paranoia/Everybody’s coming to get you”) posted a 1,000 word apology to his website after having deleted his Twitter account after the backlash to his parenting story led to people digging into his archives and finding some really racist, anti-Semitic, and f**ked up tweets.

As for the parenting story involving making his daughter work for six hours to learn how to operate a can opener, Roderick says that he left out a lot of details for the sake of the bit, like the fact that he and his daughter were laughing the whole time and that they were also sharing pistachios (so she wasn’t hungry). “Her mother was in the room with us all day and alternately laughing at us and telling us to be quiet while she worked on her laptop,” he wrote. “We all took turns on the jigsaw puzzle.”

That makes sense (we do a lot of dumb things to pass the time with our kids during the pandemic these days), although Roderick also apologized for being insensitive to those who had actually suffered from child abuse.

“I was ignorant, insensitive to the message that my ‘pedant dad’ comedic persona was indistinguishable from how abusive dads act, talk and think. I am deeply sorry for having precipitated more hurt in the world, for having prolonged or exacerbated it by fighting back and being flippant when confronted, and for taking my Twitter feed offline yesterday instead of facing the music,” Roderick wrote in the statement.

As for the profoundly messed up Twitter history, Roderick could only offer the ironic racism defense.

As for the many racist, anti-Semitic, hurtful and slur-filled tweets from my early days on Twitter I can say only this: all of those tweets were intended to be ironic, sarcastic. I thought then that being an ally meant taking the slurs of the oppressors and flipping them to mock racism, sexism, homophobia, and bigotry. I am humiliated by my incredibly insensitive use of the language of sexual assault in casual banter. It was a lazy and damaging ideology, that I continued to believe long past the point I should’ve known better that because I was a hipster intellectual from a diverse community it was ok for me to joke and deploy slurs in that context. It was not. I realized, sometime in the early part of the decade, helped by real-life friends and Twitter friends too, that my status as a straight white male didn’t permit me to “repurpose” those slurs as people from disenfranchised communities might do. They were injurious regardless of my intent, because the words themselves have power and because actual violence is often prefaced by people saying, “I’m not racist, but…”

Ah yes, ironic racism. It’s not racist if you’re a ‘hipster’ … ? (The image above, however, does at least illustrate that he’s not lying about being a hipster.)

The entire apology can be read here.


← Is Donald Trump Going to Run Off to Scotland To Avoid Joe Biden's Inauguration? | Everything I Know About Harry Styles I Learned From This Jimmy Fallon Sketch →