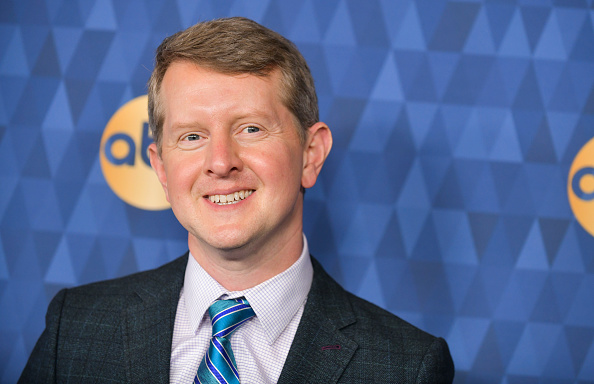 What You Missed this Weekend: Bean Dad May Have Cost Ken Jennings the 'Jeopardy' Gig

If you extended your vacation over the weekend and opted to avoid social media, you are a very smart person. You may, however, have missed Bean Dad. Bean Dad is a musician and podcaster named John Roderick who shared a story on Twitter on Saturday, recounting a “teachable” lesson he gave his daughter when she came to him asking for a can of baked beans. That lesson? How to use a can opener. Did he show her how to do it and then let her try? Did he teach her by example? No, he did not. He gave her a can opener and let her figure it out. It took six hours. “Apocalypse Dad” bragged about this. Some on social media accused him of neglect. Some accused him of making the story up. I have no idea what’s true, but as someone who loves the lovingly torture your kids genre of parenting, this particular story still crossed the line.

3. When a child is frustrated to the point of tears, you’ve lost your teachable moment.

Even with Trump trying to destroy Democracy, Bean Dad managed to dominate social media over the weekend. I’m not really that interested, however, in assessing his value as a parent based on some story he may have made up, or at the very least, exaggerated. Torturing your children should have a reasonable time limit. Period.

Meanwhile, before all of this started happening, Ken Jennings — the all-time Jeopardy champion — was due to be the first interim guest host on the series. Ahead of that, however, Jennings warned that those who go through his old social media posts might find some insensitive or inappropriate things, and he apologized for things he may have said in the past.

There were a number of questionable things, not least of which was this now-deleted tweet from 2014.

Moving into the weekend, in other words, Ken Jennings — who had previously had something of a sterling reputation so far as I knew — was on thin ice. And then Ken Jennings decided to defend Bean Dad.

If this reassures anyone, I personally know John to be (a) a loving and attentive dad who (b) tells heightened-for-effect stories about his own irascibility on like ten podcasts a week. This site is so dumb.

So, now Ken Jennings has aligned himself with Bean Dad, and that’s when the other shoe drops.

If we're word-searching through old tweets now, it's pretty easy to find what he actually thinks about anti-Semitism. On our show he's always the pro-Israel one!

First off: Being pro-Israel doesn’t mean that someone is not anti-Semitic, COME ON, but I’m not going to get into that. What I will say is that, uh, this is not the guy you want to align yourself with, Ken, because buddy, this is bad. Really bad:

Okay I’ve just been sent some of the greatest hits of Bean Dad and I’m thinking, parenting aside - maybe he’s not that good of a dude? Just throwing that out there. pic.twitter.com/umvvBqvWoc

Bean Dad, for the record, deleted his Twitter account after all of those old racist, homophobic, and anti-Semitic tweets were surfaced and promoted thanks to the likes of Soledad O’Brien.

Elsewhere, in an attempt to make light of the situation, James Holzhauer also weighed in.

Social media, which has a reputation for lacking a sense of humor even in the best of times, did not appreciate Holzhauer’s attempt to bring levity to the situation while also defending Jennings. In turn, Holzhauer doubled down, suggesting that he and Ken Jennings may have tweeted themselves out of a job.

To be fair, Brad would be swimming around in his big money bin tonight either way.

Rutter, for his part, has not weighed in, although on New Year’s Day, he and Holzhauer exchanged these zingers:

I would have thought it was @James_Holzhauer . Gets completely outsized attention relative to his accomplishments and his fans are the absolute worst https://t.co/L59gYj8V4e

Does Ken Jennings support of bean dad mean we can stop fucking around and make LeVar Burton the host of Jeopardy? pic.twitter.com/YRzwNSP5zo