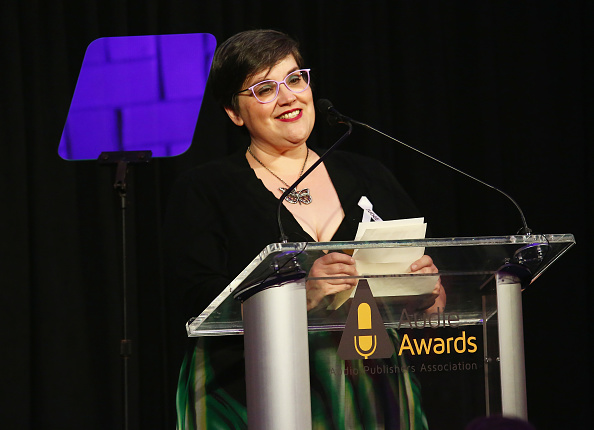 I am reluctant to share this story because it does not reflect well on me, and it’s also a huge source of shame. But I think, or I hope anyway, that it serves a larger purpose about the positive powers of online shaming.

About eight years ago, I began writing for another site, which I guess you could describe — at the time — as being more bro-centric (it would not be classified as such anymore). I was fairly insecure about it, because I was following a popular writer over there, and the readers hated me because I wasn’t him (some of you who read that site may be familiar with the #BringBackMatt hashtag that littered the comments section in nearly every post I wrote for the first couple of years and that will still occasionally rear its head). I was insecure enough that for the first two or three years, I’d compose most of my posts for that site in Pajiba’s content management system because if I pretended I was writing it for you folks, it was a lot easier. The point is: Sometimes, I tried too hard to be the writer that I thought they wanted me to be, and it took me a long time to learn how to write as myself over there.

Anyway, one day, I wrote something about Lost that contained a dumb metaphor. It wasn’t explicit or graphic or anything, but I thoughtlessly compared Lost — which I loved — to a celebrity actress seen at the time as attractive by the readership of that site.

It was dumb. I should’ve recognized that immediately at the time, but I honestly didn’t think much about it. It was the kind of metaphor my wife would describe as “writing with your dick,” which is pretty much how she described a lot of the authors I grew up reading: Hornby, Irving, Updike, Eggers, Chabon, etc. It’s not always explicitly sexual, but it reflects a definite male perspective. A female critic, obviously, would never compare a television show to a celebrity’s level of attractiveness. Of course, even in 2011, I subconsciously knew better than to write that way for the Pajiba audience, but like I said, I wasn’t exactly the same person for that other outlet at the time.

Anyway, I wrote this post, and it did very well (not because of the metaphor, but in spite of it). In fact, Damon Lindelof retweeted it, and said something along the lines of, “This guy gets it.” It was one of the biggest, most thrilling highs I’d ever had as an online writer. Damon Lindelof noticed me! He appreciated something I wrote!

That high lasted for about 20 minutes. Lindelof’s retweet brought the piece to the attention of Linda Holmes, NPR’s culture critic and now host of the Pop Culture Happy Hour. She read the piece and retweeted it with something along the lines of, “I am so sick of sexist male critics.”

It was like being hit in the face with a basketball, the way that tears spring up from your eyes, your heart sinks, and your stomach flip flops like a pancake riding a bullfrog. It was humiliating. My first instinct was to defend myself, to say, “Me! I’m not sexist! How could you think that? I run Pajiba!” like Linda Holmes has any idea what Pajiba is. I wanted to tweet back the weakest of Twitter defenses, “The people who know me know that I’m not sexist!”

But you know what? It was a sexist metaphor, and whatever part of my lizard brain responsible for the metaphor had failed to recognize that in the moment. I just had to take my lumps and accept the humiliation. There was no defense, and I certainly wasn’t going to compound the humiliation by digging in or trying to get into a back and forth with NPR’s Linda Holmes.

But here was the worst part, and what I still feel the most shame about: One of my best friends in the world defended me! She didn’t defend the statement itself, but me as a person, and she did so because she’s wonderful, and I felt so bad — ten times worse — because I put my friend in the terrible, horrible position of wanting to defend me for something stupid that I wrote that I knew was stupid and that she knew was stupid.

Look: It was eight years ago and it happened on Twitter, so it was all over in 45 minutes, and nobody ever spoke of it again. But it stuck with me. I went through a lot of introspection. If I was the sort of person who sought therapy, I would’ve gone to therapy over a stupid tweet. It changed the way I think, the way I write. I would never think in those terms, much less write in those terms now, regardless of the site for which I’m writing. I’m sure that all Linda Holmes wanted to do was to shame me for a shitty analogy — and she did! — but I took the criticism to heart and vowed never to put a friend of mine in the position of having to defend me for something thoughtless and dumb that I wrote. (Granted, I have messed up many times since then, but not in that way).

Sadly, in the years since, anytime Linda Holmes is on NPR, which I listen to religiously, I have to turn it off because hearing her fills me with shame. I can’t listen to Pop Culture Happy Hour, either. When one of her tweets shows up on my timeline, I recoil, like I have Twitter PTSD or something. I’m so embarrassed by what I wrote, and I should be embarrassed by what I wrote, and even now, I berate myself for it.

Still, I made myself buy her new book Evvie Drake Starts Over. It’s the least I could do, even if I had to suffer a burning shame while reading it. And the thing is, Evvie Drake is good. It’s better than good. It’s a perfect book. Perfectly drawn, warm characters; clever dialogue; and a flawlessly structured, simple story. It’s a romantic comedy — one of the best I’ve ever read — and I could almost see the entire book as though watching it on Netflix, a terrifically enjoyable 95-minute love story starring (in my mind) Rachel McAdams (with a light Maine accent) and Milo Ventimiglia that straddles the line perfectly between sweet and sentimental. I adored this novel.

It opens on Evvie Drake. She’s packing up her car and preparing to leave her husband, a publicly charming doctor who is verbally abusive to Evvie behind closed doors. Before she’s able to leave, however, she receives a phone call. Her husband has died in a car accident.

Cut to a year or so later and Evvie is still reeling from her husband’s death in her cottage house in Maine when her best friend, Andy, arranges to have his childhood friend, Dean, move into the apartment attached to her house. Dean is a successful major league pitcher who was driven out of baseball after suffering a career-ending case of the yips. He decides to take respite from the whispers and daily humiliations he suffers in New York by relocating to small-town Maine to get away from the press.

I probably don’t need to say much more than that for you to figure out where Evvie Drake is headed because the novel stays true to the rom-com formula, complete with a supportive but platonic best friend (Patrick Wilson, in my mind) and a loving old-timer lobster-fisherman father (Kevin Costner). However, it’s written by an author who has studied and critiqued romcoms all her professional life, and Holmes knows exactly what emotional buttons to push and when and precisely how to pepper it with just the right amount of pop-culture references. The writing is familiar — like being told a story by someone you’ve known all your life — and it flows with the comfort and ease of someone who probably spent months, if not years, ensuring that every word is designed to evoke an image or a feeling without sounding like it’s trying too hard to evoke an image or feeling.

It is sure-handed and lovely, smart but accessible, and magnificently charming, the sort of book that’s hard not to devour (I consumed it in three sittings). I hope this doesn’t come off as an insult, but it felt as familiar an intimate to me as my favorite Nick Hornby novels — she brings to Evvie Drake Richard Russo’s sense of place and Anne Tyler’s gift for characters, but it’s all suffused through Holmes’ modern pop-culture sensibilities and an honest admiration for a well-told love story. It is a terrific novel.