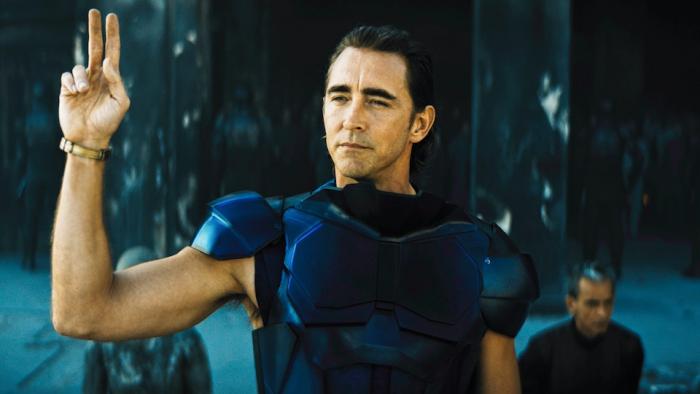 What Elon Musk Is Doing on Twitter Now Is Really Bad

Whatever happened to Donald Trump, Kanye West, Dave Chappelle, and Louis C.K. is happening to Elon Musk now. It feels like the mental breakdown of Elon Musk is on an accelerated schedule, and the rate of speed doubled after a crowd of people at a Chappelle show booed him. In a matter of weeks, Elon Musk has evolved from a self-described free-speech centrist into a full-on populist right-wing reactionary who moves one step closer to authoritarianism every day.

This is what happens when the cultural establishment rejects you; you turn to anyone who will accept you, and you embrace them. Musk has been radicalized by his own narcissism; he thinks so much of himself that he will only accept those who approve of him. He is in turn embracing their politics. It’s a weird phenomenon that combines wrong-headed ideas, tunnel vision, and doubling down until you’ve gone so far down the rabbit hole that you can no longer see daylight.

We have witnessed this change in Elon Musk via his own tweets. To wit: He banned the account tracking his jet after saying he wouldn’t.

I hope that even my worst critics remain on Twitter, because that is what free speech means

Last evening, Elon Musk “permanently” suspended the accounts of several high-profile political journalists who all had the same thing in common: They cover Elon Musk. The guy at the Times on the Elon beat? Suspended. Same with the Post guy. And Aaron Rupar, an independent journalist and legitimately one of the biggest Twitter presences among liberal users. He’s been banned permanently. Keith Olbermann was banned for essentially trolling Musk, and I was reading one of Matt Binder’s tweets when his account disappeared.

Elon Musk claimed on Twitter that they were suspended for doxxing, and that journalists weren’t above the new policy Musk implemented this week. But that’s not true. They were not doxxing, and he knows that. They were reporting on Elon’s decision to permanently suspend Jack Sweeney. He’s using this new policy as an excuse to rid his platform of his “worst critics.” Musk is defying everything he claims to stand for because his feelings are hurt. There is nothing to even suggest that Jack Sweeney was doxxing him, or that Jack Sweeney’s Twitter account put him in any danger. Again, the information on that account was publicly available, and the very definition of doxxing is publishing private information about someone.

Elon Musk knows this. When he tried to make this about doxxing on a Twitter Spaces meeting with a number of journalists, he hung up when he was called out on it.

Holy Shit. Elon Musk just popped into a Twitter Spaces chat with a bunch of journalists. He was called out by journalist Drew Harrell, who he banned, for lying about posting links to his private information, then leaves almost immediately after being pressed. Here is the exchange pic.twitter.com/wVA9Gb5MVJ

People use Twitter for different reasons. I use it primarily to follow the news, but that has become increasingly difficult because Elon Musk is banning journalists. It’s not going to stop here, either. We’re roughly six weeks into Musk’s ownership of Twitter, and he’s already gone from “free speech absolutist” to banning his biggest critics. It won’t be long before he rationalizes banning anyone who dares speak against him. You can follow us on Mastodon, by the way, which I’d mention on Twitter but Twitter will no longer allow Mastadon links.

I would email Elon Musk for comment about the recent suspension of journalists, but he has the entire https://t.co/Vr0bAivGD5 email domain blocked because he personally HATED Ryan Mac after he wrote this story: https://t.co/WVTdyHhPLu

If Twitter were a government, it would be totalitarian. Given how much conservatives are celebrating Musk for banning political journalists, it seems like that’s exactly what they want. 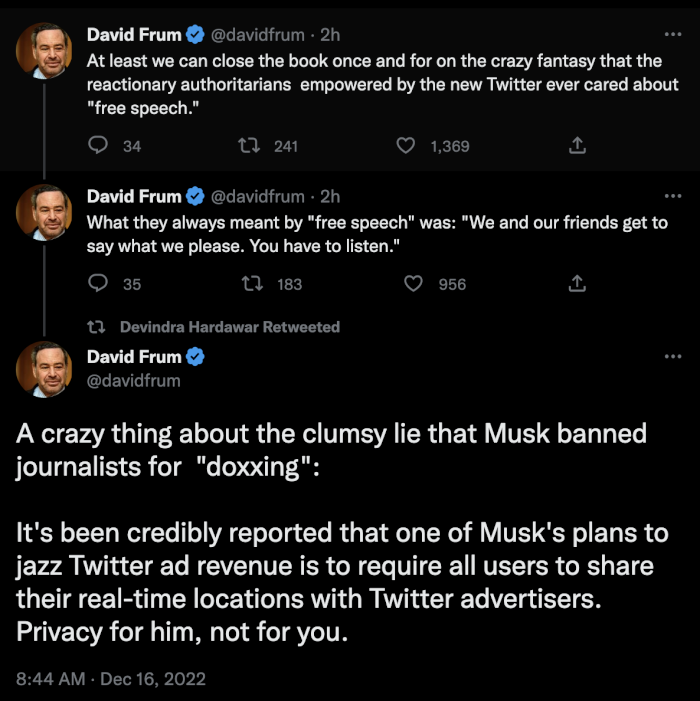 (For aesthetic reasons, Pajiba replaces header photos of Elon Musk with that of Lee Pace, with apologies to Lee Pace.)