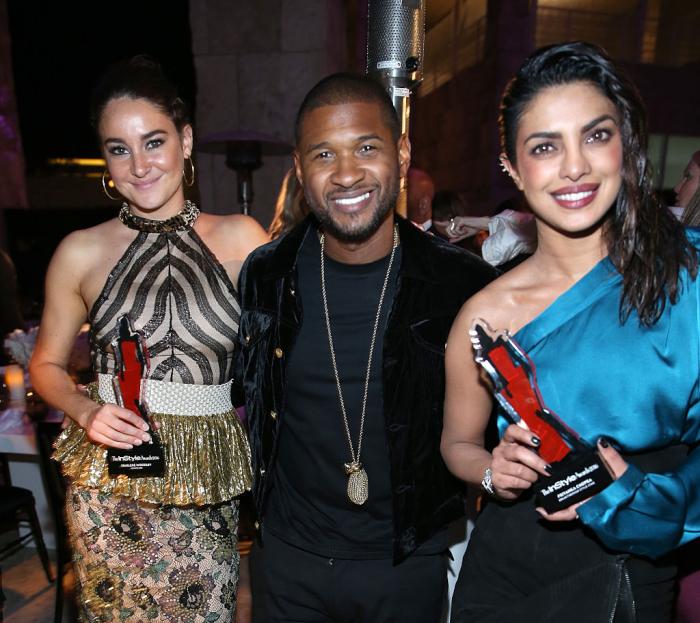 I Don't Often Say This, But I Really Am Speechless

Ever get the feeling that you’re living through a cosmic joke? A really cruel one, something that must have been orchestrated by a malignant, omniscient entity—because there’s just no way that a purposeless universe born out of chaos, and a world that spawned life by pure chance, would lead to where we are now? I know, I know, with the state of the world as it is, I could be referring to any number of things. ‘Narrow it down, Knava, for fu*k’s sake!’ I hear you say. And that’s totally understandable. As it happens, today’s edition of ‘what fresh hell is this?’ comes to us from the people at Deadline, who are the source behind this bombshell of an ‘entertainment’ news story:

Participants will aim to attend the G20 Summit where they’ll meet with world leaders in the hope of securing funding. The team that receives the biggest commitment is crowned the winner at the finale, which will feature performances by some of the world’s most passionate artists.

Isn’t that just incredible? So much to parse here. A game show based on pitting activists against each other so that one of their ‘celebrity-championed’ causes will get to be brought before the G20! You absolutely could not write this as fiction and not have it come across as the most hack-y, cheap satire of late-stage capitalism and the degradation of activism. You’d be laughed out of the room. Well, unless that room was the elite halls of America, where apparently this is the sh*t that gets execs and celebs to sombrely high-five each other for so astutely tapping into the zeitgeist. Can you imagine the delights they’ll come up with when the zeitgeist is guillotines and street trials!

As Deadline reports, everyone involved seems very enthused about their genius idea:

Added Jack Sussman, EVP Specials, Music, Live Events and Alternative Programming at CBS. “Combining philanthropy and entertainment, The Activist is a ground-breaking series poised to inspire viewers,” We’re thrilled to have Usher, Priyanka, and Julianne as part of the series, guiding our CBS audience through the journeys of passionate changemakers from around the world.”

Michael Rapino, CEO at Live Nation Entertainment said: “The Activist will spread awareness about society’s most urgent issues while also giving every viewer the opportunity to be part of the solution - an unprecedented example of how entertainment can change the world. Combining competition and compassion, these essential causes will take center stage, as the show proves that there are no issues we can’t solve when we work together and demand change.”

Capitalism has set the world on fire, dooming vast swathes of its population to a life of misery and subjugation and quite probable extinction, and it now seeks to commodify the very acts of resistance against it. It’s truly something, innit?! What a system! Performative surface-level celebrity activism in place of structural root and branch reform. The society of the spectacle brought to beautiful, transcendent climax, right on the eve of our destruction. Of course it makes perfect sense that the money people behind the scenes would champion something like this, and that rich celebrities would jump on the train. Why would they advocate for real substantive change when they benefit so handsomely from the very system that we need to destroy? Their interests must be protected, so this is how we will go out, with blazingly whitened teeth reflecting the light from the fires that consume the world as money is counted behind gated Hollywood compounds.

So many people have sent us this link. It's hilarious, we always joke about how activism today is the equivalent of some starmaking reality show and our joke was that the activism scene should be called "America's Next Top Activist," and now these people made it literal lol https://t.co/BZ3kniboRS

What stage of capitalism is this now?

Making a competition out of activism is a terrible idea, did no one think this through 😐

this is so fucked up pic.twitter.com/F6aiHYGw4t

This is really gross and reveals a deep ignorance about how movements work, what activism is, what “success” means, one could go on. Just horribly misconceived.

This is what I would do if I wanted to delegitimize the entire idea of activism in the public consciousness.

They’re going to pick the most milquetoast “activists” before the final four contestants are an anti-tax influencer, right to work ambassador, Bitcoin investors rights representative, and the PR Director for Lockheed.

"[neoliberalism] as an ideology, addresses the fears, the anxieties, the lost identities, of a people. It invites us to think about politics in images. It is addressed to our collective fantasies… as an imagined community, to the social imaginary" - Stuart Hall https://t.co/as3XJ9oydr

This show is sponsored by a non-profit called Global Citizen, which partners with such fine, non-world destroying companies like: pic.twitter.com/LYaMJA1go6

Scarier than the IPCC report https://t.co/rOJUk2fTTN

don't really know what else to say about this beyond the fact that the commodification of activism over the last few years means this kind of thing was inevitable. doesn't make it any less grim though. https://t.co/oOTgm94Fzg

they gonna be like "in my hands i have one photo, AIDS or Women's Equality" pic.twitter.com/5L5WXWbvZG

Sorry charlie your post didn't get enouth likes, we are tearing down your orphanage

Can a show get canceled based solely on ratio. What’s the precedent for this https://t.co/X3jCNCxNXZ


← We All Want To Be Stephen Colbert Being Hugged By Steve From 'Blue's Clues' | Reddit Asks the Question: 'When Did You Realise That You Were Officially 'Not Young' Anymore?' →