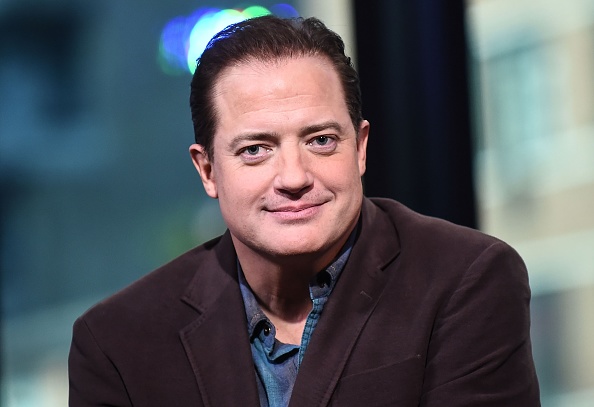 It’s a difficult time right now. Over 150 million of us in the United States are in the midst of another heatwave (thanks, climate change!), the pandemic is raging again with school starting back up, and then there are the difficulties posed by those challenges in our individual lives, in addition to our normal everyday concerns. It’s a weird time, y’all, and I feel for all of you who are going through this.

We’ll take whatever moments of joy we can find, I suppose. To wit: Brendan Fraser, who may be pop-culture’s new Keanu, a good guy who is pure of heart whom we just want to see succeed. I’ve gotten caught up in the wave of Brendan goodwill of late, too. I saw him in Soderbergh’s No Sudden Move last week (I thought it was a great movie and Fraser’s small, scene-stealing performance was outstanding), and I finally started watching Doom Patrol the other night. Fraser mostly does voice work for the show, but he makes a few appearances, as well. Even when he’s only doing voice work, he’s the glue. (I maintain that I’m not a superhero person, but having blazed through the Harley Quinn animated series and now bingeing through Doom Patrol, I’m starting to rethink that position).

Fraser was also recently cast in Martin Scorsese’s next film, Killers of the Flower Moon, alongside Jesse Plemons, Leo DiCaprio, and Al Pacino. The Internet lost its collective shit. Everyone is just happy for the guy, who is in the midst of a Fraser renaissance, a second career as a character actor. (He’s also been cast as the lead in Aronofsky’s next film, The Whale).

Fraser finally seems to be getting the recognition that for so long eluded him as a leading man. No one seems to appreciate that more than Fraser himself, who was apprised of the outpouring of affection for him online after being cast in Scorsese’s film and got a little choked up.

Brendan Fraser gets choked up over internet support 🥺❤️ pic.twitter.com/EDiBCHNVoI

The Internet is a terrible awful place that seems too often to pit us against each other. But this? This is pure goodness.