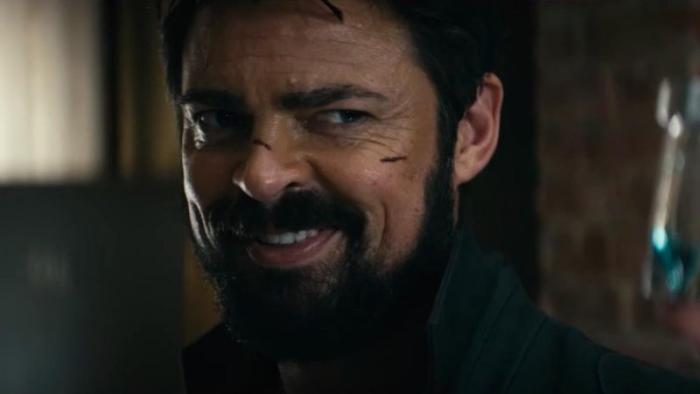 Sometimes — most of the time — Twitter is a toxic cesspool that should be avoided at all costs. It’s a twisted, anti-funhouse mirror of reality, where everyone just yells at each other all day and tries to score points and impress the bots. But sometimes, Twitter is a gift. A wonderful, wonderful gift. To wit: Duncan Jones (director of Moon, son of Bowie) tweeted out this mostly innocuous tweet:

Probably shouldn’t have suggested a “fight,” however, because Karl Urban — who most recently played Judge Dredd (and brilliantly, at that) — responded with … well, a kill:

By “fight me,” I obviously meant let’s discuss in a friendly & good humored manner… @KarlUrban! pic.twitter.com/WDJmLBcOtc

I did. I just assumed it would be Queensberry rules, not Pearl Harbor!

The important thing here is that Duncan Jones has learned a valuable lesson!

Fucking hell. Twitter’s a bit spikey tonight, isnt it? Warn me if I mention Batman casting by accident! Michael Bloody Keaton will probably leap out from under the bed holding a garrote and a bunch of BoxOfficeMojo receipts!