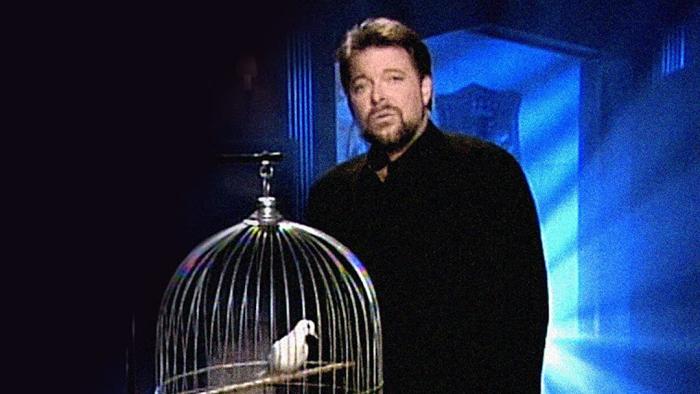 The Laughter Begins Slowly, But then Comes in Waves

Slowing videos down to make it appear as though the person speaking is drunk or mentally off-kilter is not a new thing. They have been doing it with great effect to our President’s speeches for years. I can’t tell you why it’s different with this video, but it is.

For four seasons in the late ’90s and early aughts, Star Trek’s Jonathan Frakes hosted a show called Beyond Belief: Fact or Fiction. In the beginning of each episode, he posed a question. There is something very specific about hearing those questions posed by Frakes while sounding drunk that makes me giggle uncontrollably. In waves. It’s because I know people (maybeevensomeonewhoworkshere) who asks similar questions while drunk. I suspect we all do, and there’s just something that feels so weirdly relatable in what sounds like the drunken ramblings of a Star Trek legend.