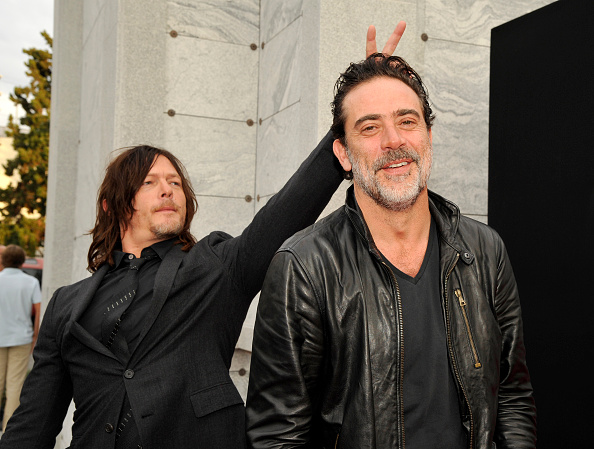 The thing about fandoms is that, once you cultivate a relationship with them, they feel like you owe them something, that being a viewer or a follower or a listener or an attendee at some Con in Poughkeepsie somehow gives the fan power over the content, and then they don’t get what they want, they turn toxic. Any show, or franchise, or celebrity that’s been around long enough probably has a toxic fandom that will berate anyone who goes against them, including the show, franchise, podcast, website, or even the celebrity with which they stan. Some fandoms are blindly loyal (Johnny Depp, Joe Rogan, Jared Padalecki), while some fandoms will tear you to pieces if you don’t give them exactly what they want (Killing Eve, Star Wars), and then there is that one fandom you just don’t mention if you don’t want to experience a DDoS attack or see your Twitter mentions go up in flames (and I am smart enough not to mention that fandom here).

The Walking Dead fandom is a weird one in that the fans are often incapable of separating fiction from reality. When a character is vilified or even annoying on the series, the fans will often turn against the actors who play them. There’s Sarah Wayne Callies, for instance, who played Lori Grimes. Or Alanna Masterson, who played Tara Chambers and pulled her Instagram because of bullying from fans. There’s also Josh McDermitt, who quit social media a few years ago because he was getting death threats from fans who didn’t appreciate that his character on a fictional television show set in a fictional zombie apocalypse had fictionally turned against his fictional allies.

Longtime fan favorite Norman Reedus, who plays Daryl on The Walking Dead, is the latest target of The Walking Dead fans who have conjured up an alternate reality where Norman Reedus moved the Daryl/Carol spin-off to Europe to be closer to his wife, Diane Kruger, and kicked Melissa McBride (Carol) to the curb. To wit:

Melissa McBride left the Daryl and Carol spin-off cause she isn't able to relocate to Europe. Just because Norman's finance will be in Europe around the time they'll film some people started saying it was all his idea and he kicked her out once she didn't want to do it

And to be honest, there’s also some of that Keanu Reeves/Alexandra Grant energy in the fandom, by which I mean that a lot of people who love Reedus have inexplicably turned on Diane Kruger, who they are treating as the Yoko in the Daryl/Carl spin-off equation.

In any respect, Jeffrey Dean Morgan — who plays Negan, remains a huge fan favorite on the series, and became something of the de facto clubhouse leader after Andrew Lincoln left — took to Twitter to shut that sh*t down.

Some of you have gone WAY too far. TOXIC. Attacking norm for crap he has NOTHING to do with? Melissa made a call that was hers alone. She wants/needs a break. Respect that. Factors involved that are nobody’s business. Norm, who’s given more than anyone to you all. Just SHITTY.

Norman had nothing to do with picking location. That decision is all about story, ideas… MONEY. That’s studio/network. Not actors. We can say yes and do, or no, and not do… MAYBE. SOMETIMES. If we’re lucky and don’t have contract yet. Rarely does actor have that power.

So, how will the fandom handle this? Will they make up with Norman to appease Jeffrey? Or will they turn on Jeffrey, too? I know where my money is.

← The Best Damn Live Music Clip Of All Time: Metallica Tearing Through 'Battery' in 1989 | 'Crush' Is a Refreshing and Authentically Queer YA Rom-Com →