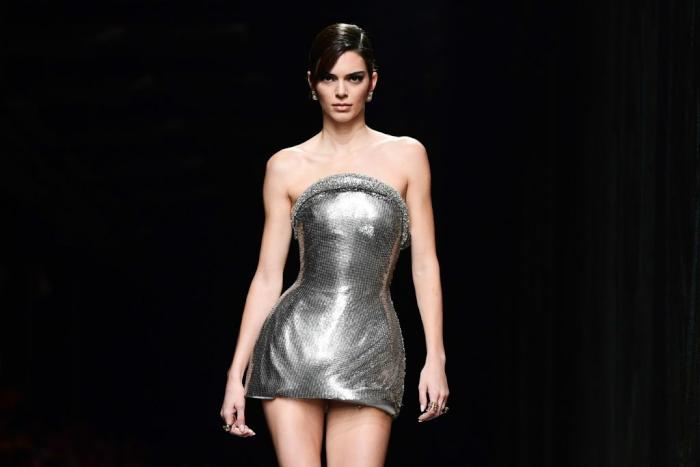 I dunno about you, but my absolute favourite genre of #covidcontent has been the sight of an endless procession of tone-deaf celebrities using social media to flaunt their millionaire or billionaire status as if the world wasn’t gripped by a global pandemic that has seen huge swaths of the globe pushed even further into at best economic uncertainty and at worst total destitution.

Hasn’t that just been such a treat?!

To see these shameless and myopic parasites take to billionaire-owned media platforms to broadcast images of their island parties and their huge mansions and their armies of poorly paid servants and attendants risking their lives during a pandemic to give them manicures and serve them cakes in scenes straight out of Bong Joon-Ho’s Parasite.

F**k these people. Celebrity culture is a cancer. Even when it was just about fame coming to those who had earned it with some talent or skill it was bad enough. When that metastatised into a system in which people became celebrities just for being rich—or even worse, they became more famous basically just for already being famous—we should’ve pulled the plug on the whole thing right there.

We talk about late-stage capitalism a lot, and yes, when it comes to that, the main things to focus on are always the systems—the legislation and the bigger picture and the deep forces that allow and encourage all of capitalism’s internal contradictions to accelerate and rub up against each other in a series of violent clashes that will bring about its own violent downfall—rather than the individuals, but you know what? As much as the lion’s share of the attention should be on the systemic analysis of all the worker exploitation and racist imperialism and rapidly accelerating environmental destruction, sometimes you can’t help but look at the individuals.

We are but human, after all. And sometimes some people just stick out like a sore fu**ing thumb. Or a grotesque, pulsating boil, just begging to be lanced by some divine retributive, redistributive force.

Like every little thing Jeff Bezos does for example.

Or the continued existence of Richard Branson.

Or, indeed, Kendall Jenner blowing out a cake at her Halloween/birthday party over this weekend:

What in the name of all that is holy and good even is this scene? Why has this been allowed to become a thing? It’s 2020. All around the ‘developed’ world the nation state has finally fulfilled the capitalist wet dream of reaching a point where all its structures have been hollowed out and the last vestiges of any duty of care it might have toward its citizens have been sacrificed on the altar of cronyist corruption and upwards wealth transferral. The scales of the global financial system have been tipped so ludicrously far in favour of the shadow trillions hidden by the world’s elites that it no longer becomes possible to ignore and a wave of popular revolt is sweeping the planet. Into that comes sweeping a deadly pandemic that, thanks to the inequities inherent in the system, disproportionately affects those demographics already struggling to get by the most, killing them off by the countless thousand as the neoliberal capitalist system shrugs and consolidates the wealth of a tiny few even more.

And in the middle of all of that, we get a bullsh*t celebrity, in an opulent celebration of herself, whose fame has derived entirely from being a useless and parasitic embodiment of all the worst impulses of consumerist greed, hereditary wealth, and narcissistic indulgence, here we have her, blowing potentially plague-ridden spit all over the face of an exploited and underpaid waiter who tries his best to do his job while avoiding Marie Antoinette’s poisonous effluent.

I can’t stop thinking about this man and what he represents. He’s gonna take public transport later on when his shift finishes some time after midnight. It’ll take him at least an hour to get home from Elysium, and the whole journey will be spent worrying about whether or not one of those gilded morons has infected him with a disease that might take him out, or indeed his whole family out. He’ll likely not sleep very well because of that worry. That, and knowing that if he or any of his family does contract the disease, the only healthcare system he has available to him will be more concerned with squeezing every possible dollar out of him than taking care of his health—if he can even access it in the first place. Maybe he’ll get sick, and he’ll just have to stay at home, hoping against hope that in a few days he can still breathe for himself. Meanwhile, the celebrity who blew in his face and sentenced him to die won’t even notice he’s missed a shift. Why would she? There’s someone else filling in for him. She’s not particularly worried about getting sick either. She can pay for as many tests as she wants. And if she does get sick? An army of elite doctors will use every possible means and cutting edge equipment and medication unavailable to the vast majority of the population to make sure she has the best possible chance to pull through.

F**k this sh*t so hard. If we hadn’t felt like we were living through a film about the very last stages of civilization before its very predictable collapse then surely the actions of celebrities during the coronavirus pandemic have made it crystal clear in a very lurid way that that’s exactly where we’re at.

And, yeah, again: Don’t hate the player, hate the game. I say it all the time. Systems, not individuals. Blah blah blah. But man, sometimes it’s hard. Look at it!

What the hell, man. What is that? Is that life? Is that where we were supposed to end up? Billions of years of evolution, of humanity dragging itself out of the primordial ooze, an endless war playing out all the time between our basest, most cruel instincts and our capacity for art and love and solidarity and expression. Is this where we finally plant our flag. This is the territory we have made and are proud of?

And never forget, too: As climate collapse accelerates and our systems disintegrate in a conflagration of chaos and violence, these people will always band together. The wealthy have class solidarity like you wouldn’t believe, and it will destroy us all.

← From 'Piranesi' to 'Solutions and Other Problems': Some Thoughts on Some Books I've Read Lately | Who Killed Elena Alves? 'The Undoing' Suspect Watch →