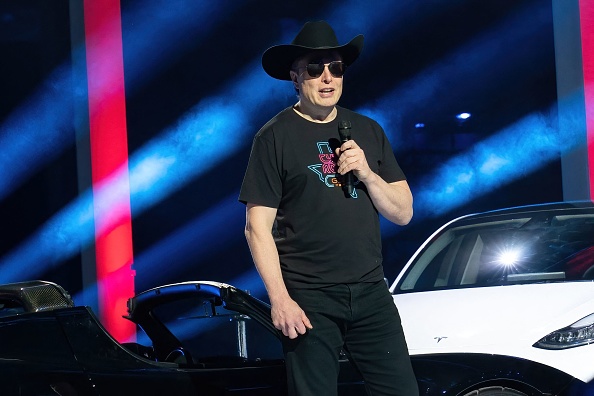 Elon Musk Is a Bully

When you are the world’s richest man, if a restaurant refuses to serve you a dish the way that you want it made, you can just buy the restaurant, fire the chef, and hire your own. If you don’t like walking between casinos in Vegas, well, you can just build a tunnel underneath and fill it with your own fleet of cars. And when you want an edit button and don’t appreciate getting pushback for spreading COVID disinformation to your 81 million followers, I guess you decide just to buy Twitter and turn it into your own disinformation sewer.

It’s chip-bullying on a grand scale, and it’s bullshit. You don’t like the rules, you buy the company, and you make up your own rules. I guess Elon Musk has that right, but it’s a real dick move. After buying up 9 percent of the company a couple of weeks ago and refusing to take a seat on the board because it would have prevented him from buying a larger share of the company and would have limited his influence, Elon Musk has decided that he’s going to try and buy the whole damn company. He offered around $43 billion for Twitter, which is 38 percent higher than its current valuation and more than 50 percent more than the company’s valuation before Musk made his initial investment. ($43 billion, by the way, is about 1/6th of what Musk is worth).

I don’t know if it’s a good offer or not. The company was valued at around $70 a share last year (Musk is offering $54 a share), and at least one financial analyst I saw says that it’s probably not enough. But if I were an investor who didn’t give a rat’s ass about Twitter, I’d probably cash out and take the deal. Turning Twitter into a private company where one man controls the flow of information, however, is a terrible idea. The Board, meanwhile, says that they will consider the “unsolicited” offer.

The spiteful part of me kind of wants Twitter to take the offer because I think Twitter — as envisioned by Musk — would be a terrible investment. It’s basically like having Joe Rogan run Twitter. It’d be a sh*t show, a lot of people might leave, and of course, I’m terrified that he’ll let Trump back in. But when Musk is through with it, it sure as hell won’t be worth $43 billion anymore, and I’d love Mr. Smartypants to eat sh*t on this deal.

But the sensible part of me really really doesn’t want this to happen, because as big a cesspool as Twitter in its current form can be, it is a valuable social platform at times. It generates a decent amount of discourse. It’s a good place for people in the media to not only share their work but discuss it. Facebook and Instagram are much bigger, but Twitter controls more of the national conversation and I don’t want Elon Musk anywhere near that.

Look: If a guy who doesn’t like the game decides to buy the ball, imagine what will happen if the players don’t play it the way that he wants. Absolute power corrupts, blah blah blah. One man with this much power — and complete authority over decisions — is bad. It would be detrimental to Twitter, and ultimately, to the country.

← Is Lindsay Lohan Pregnant? | Trailer: David Cronenberg is Back with 'Crimes of the Future' →