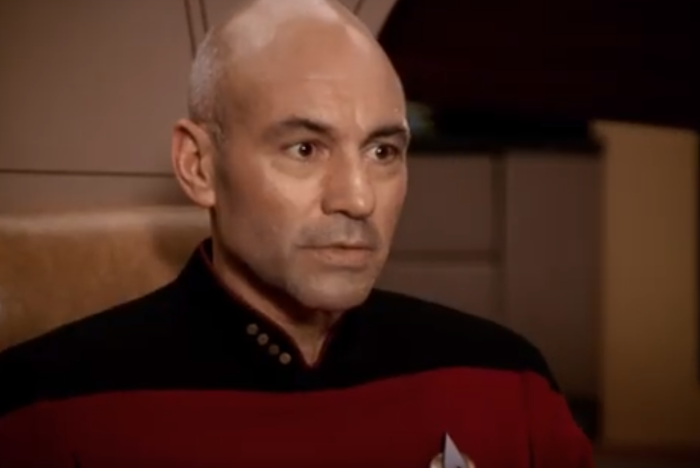 'Adam Driver is Severus Snape', and Other Uncanny Terrors in this Week's Deepfake Roundup!

Hello, all. I hope everyone out there is doing the best they can to weather the pandemic currently raging as well as the cruel capitalist foibles that are exacerbating it. We really are about to see what forty years of neoliberal assault on the social safety net and the state’s duty to its citizens can lead to when faced with a system-wide crisis. As Dustin noted, however, earlier in the week, here at Pajiba it will be, to an extent, business as usual. You might’ve noticed that already in this very post, as I’ve already used the words ‘neoliberal’ and ‘capitalist’ in the first paragraph.

Good news is that as we enter the second paragraph I’m about to drop another one of my bingo terms, so we’re heading for a delicious hat trick. That’s right! You know what time it is! Iiiiiiit’s deepfake time! But this time rather than just highlighting one that’s jumped out at me over the course of the week I’ve saved up a few instead to splurge all here at once. So here for your hopefully not-coronovarisus-tainted enjoyment, is a minor smorgasbord of uncanny terrors. Stay safe out there. Look out for those most vulnerable.

Joe Rogan as ♫ Captain Jean-Luc Picard ♫ of the USS Enterprise ♫

Willem Dafoe and Gillian Anderson in The Silence of the Lambs

← Review: 'M.O.M. (Mothers Of Monsters)' Offers A Disturbing Found Footage Thriller | Reddit Asks the Question: 'What Only Exists Because of People's Stupidity?' →