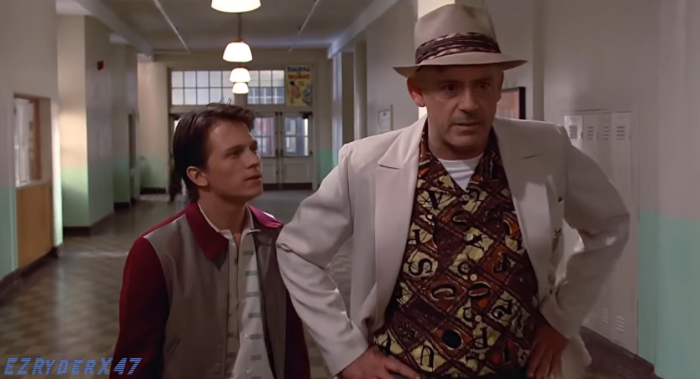 We’ve had ‘Keanu Reeves’ stopping an armed robbery. We’ve had that pointless Lion King CGI (Cash Grab Incorporated lol clever me clever) ‘fixed’ so as to resemble something more artful and expressive. And we’ve had—though we probably shouldn’t have—Pete Davidson pasted onto Ariana Grande’s face. Nobody liked that one. That really didn’t add anything apart from considerable fuel to many nightmare fires.

Deepfaking—the act of using various deep learning algorithms and tech to realistically superimpose one person’s likeness onto another—is growing more sophisticated and convincing seemingly with each passing week. The latest deepfake making the rounds now is one of the most impressive ones that I’ve seen. It features Tom Holland and Robert Downey Jr. taking the place of Michael J. Fox and Christopher Lloyd in Robert Zemeckis’ favourite, Back to the Future, and I’m sure doesn’t portend any near future scenario in which real actors as we know them become obsolete in the face of studios (or, let’s face it, just the one studio left standing) preferring to work with algorithms that can’t unionise or behave in any other aberrant ways. Check it out:

← Watch: Keanu Reeves and Carrie-Anne Moss Appear in New Set Video From the Making of 'The Matrix 4' | In Praise of Miranda Otto's DGAF Energy in 'Downhill' →