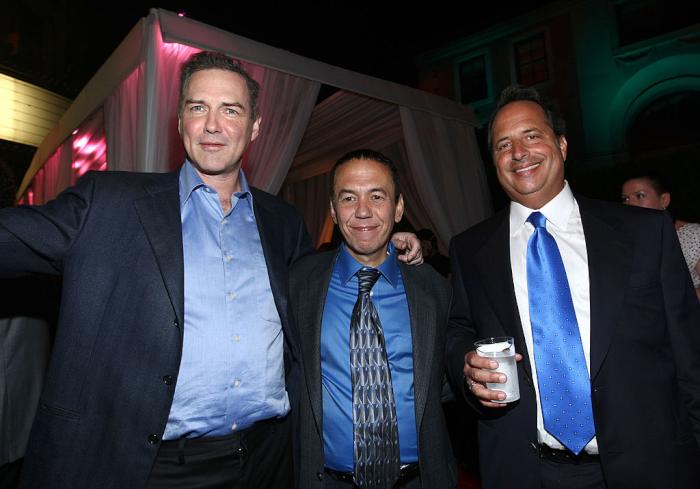 It’s stating the obvious, sure, but Gilbert Gottfried had one hell of a voice. The comedian, who sadly passed away recently, had a great gift for using that tool, and he was very generous with it, lending it to all manner of folk who had an idea of yet another way it could be used to make people laugh. Case in point, a video that I’ve only just found, in which it is deployed in the most tactical, surgical way possible. It’s so inspired and yet so incredibly obvious in retrospect that you just can’t help but kick yourself and think, ‘Damn, why didn’t I think of that?!’

That’s right—it’s the immortal theme tune of Mortal Kombat—done in an awesome metal style, yes, but most importantly featuring Gilbert Gottfried as the Test Your Might Guy!

Incidentally, this led me down a brief little rabbit hole, and the man really was a great sport by the looks of things. Here’s another immediate favourite: Gottfried lending his voice to a panoply of iconic video game characters. Scorpion’s iconic ‘Get over here!’ and Liquid Snake’s impotent rage are instant classics.