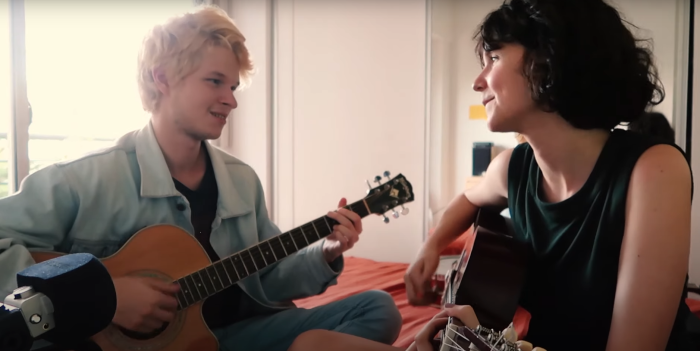 This Version of Bowie's 'Sound and Vision' is Just Pure Joy

What’s your favourite Bowie? It’s a big, weighty question with multiple interpretations. Favourite Bowie album? Favourite Bowie song? Persona? Film performance? Consummate artist that he was, Bowie left behind an embarrassment of cultural riches. Iconic film performances, indelible personas, and some of the greatest albums ever recorded. In terms of individual songs—if one were to allow his albums to be fragmented so—I have to say that despite the titanic power of classics like ‘Moonage Daydream’ and ‘Space Oddity’ and ‘Life On Mars?’ and all the rest, time and time again I really do come back to ‘Sound and Vision’. A liquid and boundary-pushing timeless pop gem off of 1977’s ‘Low’ that is so brief so as to leave you craving more yet so cinematic and colourful that it transports you into another world where time doesn’t really exist. It’s one of those masterpieces in which every guitar lick, every caress of synth, every vocal harmony, is so perfectly judged, that it’s nigh on impossible to imagine what a successful cover version would even look like.

When I saw the thumbnail for the video I’m about to post, I was super sceptical. An acoustic-only ‘Sound and Vision?’ Nah. You can’t tether the space-faring tune like that. But you know what? I was wrong. Here’s YouTuber Inés Adam and her mate Santiago Blanco performing what is a pitch perfect cover of one of Bowie’s all-time greatest songs, infused with youthful joy and glorious lazy afternoon energy. I love it. Give it to me in the next Wes Anderson movie please.