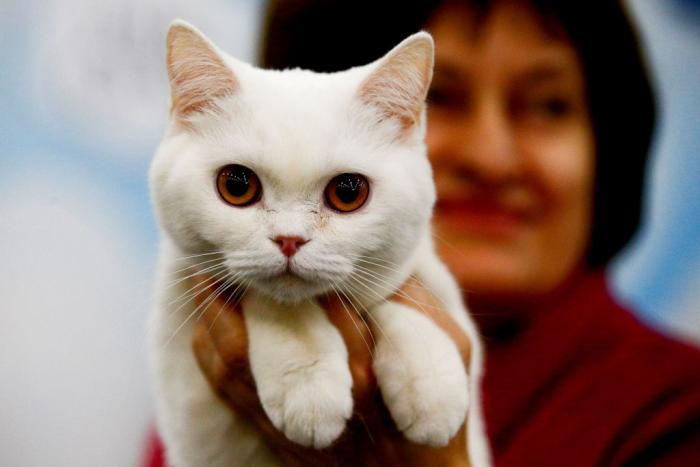 This Cat Says 'Well, Hi!' in a Thick Southern Drawl and I'm Not Quite Sure What To Do With That

Alright, dogs, listen up. This is not a bloody drill. You lot need to step your game up. It used to be that I could scarcely choose between all the videos of you cute sonsofbit**es doing something fantastically shareable on the wild plains of the internet. Running to the beach, diving off cliffs in Malta, skateboarding—once upon a time, it was an embarrassment of riches! Now? Now, it seems, the ineluctable pendulum of history has swung ponderously the other way; as lately all I seem to be able to find is clips of cats doing something. Cats. You’re being beaten by cats! That’s just not on is it. Granted, cats often have that chaotic evil energy business going on that makes them well suited to internet memery, but still. You lot have the goofiness and sheer, unbeatable angelness to you. You better be harnessing all that and preparing something really good, because lemme tell you: The game has changed. The cats have started speaking like Rogue from X-Men now. There’s no de-escalating this war now.

← What Are You Doing, 'Shameless'? | What The Hell Happened to 'American Gods'? →