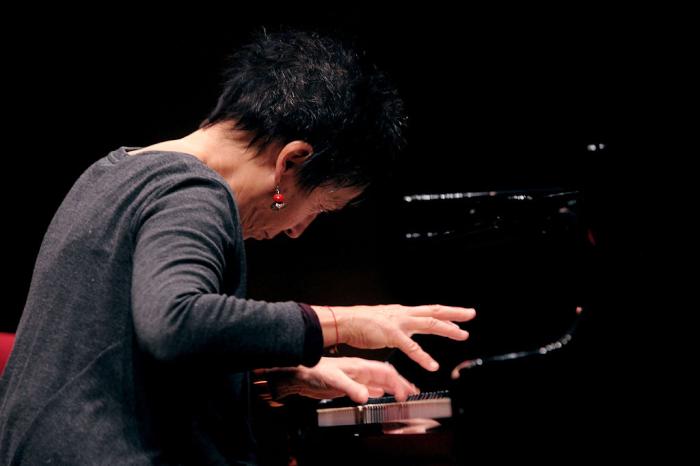 Holy Sh*t: Pianist Prepares Wrong Concerto, Realises During the Performance, and then Absolutely Nails the Correct Piece from Memory

Once when I was an awkward and gangly 15 or 16, the band I was then in played in front of my whole school. It was our first live performance together, and my first ever. I’d been playing guitar for less than a year at that point, so I was anything but proficient, but I could play it well enough to play Cream’s perennial favourite, ‘Sunshine of Your Love’. I could get through every part pretty damn well: The main riff, the choruses, and my own—already better; suck it, Clapton you boring af racist bit*h—version of that solo. So that’s what we decided to play. An instrumental version of it, anyway—we didn’t have a singer. But whatever, we were excited, and our drummer was great, the other guitarist too, and the bassist knew what he was doing. I was the relative amateur in it all. Anyway, despite the vast majority of our audience not being exactly what you might call maximally receptive to a bunch of long-haired classic rock, everything was going well enough. That is until it came time for my solo. I was nervous, I was thrilled, and I had my guitar pedal ready in front of me, waiting to be stomped on to boost the sound just as the solo kicked in. So there we were, the four of us in our first live performance ever; we’re doing well, gliding through the bars leading up to my solo. Anticipation is building, the volume crescendoing, and I start to step forward towards my pedal, visions of Marshall stacks and arenas of adoring fans flickering in my mind. And then the moment arrives! I take the final steps, lean backwards into an Epic Guitar Stance, stomp on that pedal like a motherfu**er, and launch into the solo!

Aaaaaand there’s suddenly no sound coming from my guitar. None. Dead. The universe has hit mute. The rest of the band is carrying gamely on, laying down the backing parts to what is meant to be a screeching and emotive star-making moment. But there’s no sound coming from my guitar. None at all. It takes the band a moment to realise, it takes me a moment longer to realise, and it takes the crowd a nano-moment longer than that to realise that my intense facial expressions are not matching reality. I try to stomp the pedal again and I try to fiddle with the guitar knobs, all the while maintaining some degree of composure and letting my fingers get on with the business of playing through the solo I’d rehearsed but which no one on Earth could hear at that moment. All to no avail. We go on to finish the solo and the song without my guitar making another single solitary peep. There’s clapping afterwards regardless, some joy, but naturally I wander off to go jump into the nearest river. To this day I’m not sure what happened. I can only guess that my heavy, enthusiastic, glory-bringing stomp on the guitar pedal was too heavy and too enthusiastic, and it dislodged one of the cheap cables I had connecting the whole set up together.

All that is to say, that I think I know exactly how world-renowned classical piano prodigy Maria João Alexandre Barbosa Pires felt in 1999 when at the start of a lunchtime concert in Amsterdam she was preparing to launch into a Mozart concerto with the eyes of a discerning posho public on her, only to realise at the last moment that she had been preparing for the wrong concerto, which meant that she then had to completely switch gears and launch into the correct one from memory. Yeah, she absolutely fu**ing nailed it and demonstrated her vast reservoirs of skill in the process. But other than that our situations seem pretty much identical if you ask me.