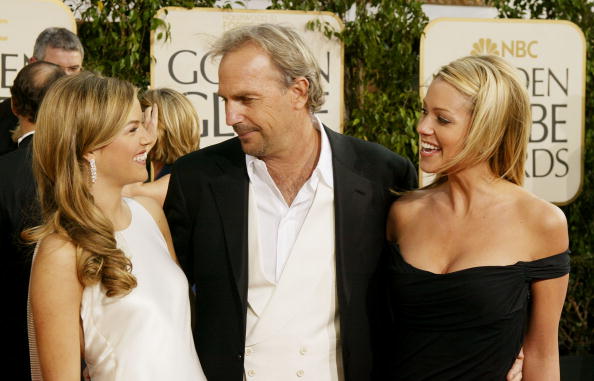 Why Was There No Golden Globes Ambassador in 2023?

Many, many years ago, when I first started watching The Golden Globes, I didn’t understand the nature of the Golden Globe Ambassador, a person selected by the Golden Globes to help hand out trophies and escort winners off the stage. I swear to you that, the first few times I watched the ceremony, I thought it was a coincidence that the Golden Globe Ambassadors were the children of celebrities. When, for instance, AJ Lamas — the son of Lorenzo Lamas — and the daughter of Andy Garcia, Dominik Garcia-Lorido, were named Golden Globe ambassadors in 2003, I thought: Huh. I bet their parents greased the wheels to make that happen. I didn’t understand, at the time, that they were selected because Mr. and Miss Golden Globes were always the children of celebrities, although parents do fiercely jockey for who is awarded the role.

Interestingly, however, as a predictor of which celebrity children will make it big in the business, the Golden Globe Ambassador has a bad batting average. They’ve been giving the award out to children of celebrities since 1971, and there are really only a handful of Golden Globe Ambassadors who would go on to truly successful movie or television careers: Laura Dern, Joely Fisher, Freddie Prinze, Jr., Sosie Bacon, and both Dakota Johnson and her mother, Melanie Griffith (who was the daughter of Peter Griffith and Tippi Hedren). Being the child of a famous person may open Golden Globe doors, but it doesn’t always lead to Golden Globes (see, e.g., past Golden Globe Ambassadors Larraine Nicholson (daughter of Jack); Kathryn Eastwood, and Lily Costner, among others).

As for this year’s Golden Globe Ambassador? There wasn’t one. The GG’s are clearly trying to rehabilitate their image as an organization that isn’t a corrupt one whose members accept kickbacks and bribes from studios and celebrities. Given how fiercely parents often fought to have their children named Golden Globe Ambassadors, it would have been a bad look for the organization to, for instance, give the honor to one of Eddie Murphy’s kids. Given the controversy these days surrounding nepo babies, I’m not sure that any of those products of nepotism would have wanted the award anyway (oh, who are we kidding? I’m sure Michael Douglas and Catherine Zeta-Jones have children who would have jumped at the opportunity).

(For transparency’s sake, this is an SEO post, an article written with the expectation that people will be searching for an answer to the very question posed by the headline. They are a necessary part of the web publishing business. They are also often helpful).


← Why Did Austin Butler Thank Denzel Washington During his Golden Globes Speech? | 'Mythic Quest,' 'Mayfair Witches,' And The Shows We're Excited About On Podjiba! →