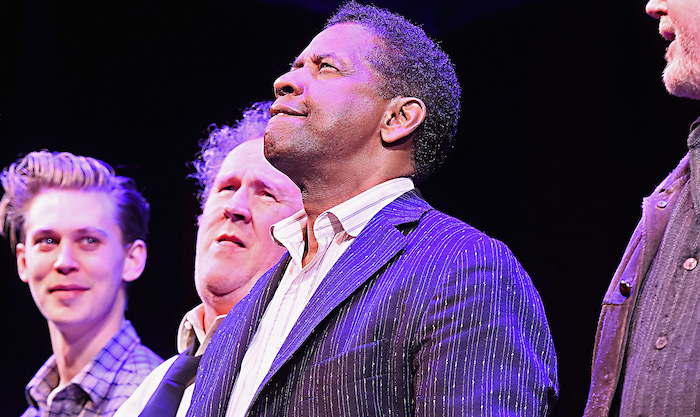 Why Did Austin Butler Thank Denzel Washington During his Golden Globes Speech?

I suspect I’m more in the minority among critics but in the majority among audiences in that I really liked Elvis, and I really, really liked Austin Butler in it. It was my first exposure to Butler, save for his small role in Once Upon a Time in Hollywood, and the kid blew me away. I do not know if he deserved the Golden Globe for Best Actor in a Motion Picture Drama because I literally have not seen any of the other four films, but I certainly wasn’t mad at it. He was a killer Elvis Presley, although in his speech, I started to wonder if that’s just who he is and how he talks. But the guy was born in Anaheim, California. I have no idea why he was still doing Elvis during his speech.

The thing that stuck out most for me, however, was the shout-out to Denzel Washington. Why was Austin Butler thanking the greatest actor of his generation for his Golden Globe for Elvis, a movie that — best I can tell — Denzel had no connection to whatsoever?

It’s because, as it turns out, Denzel was instrumental in helping Butler land the role. Butler was in the mix along with the likes of Miles Teller, Ansel Elgort, and Aaron Taylor-Johnson, but Denzel helped put him over the top. As Baz Luhrmann revealed in an interview with EW, he got a cold call from Denzel, who had worked with Butler on the stage production of The Iceman Cometh, starring and directed by Denzel.

I received this videotape of this young man in a flood of tears playing “Unchained Melody,” and I thought, “Wow, what is that? How is that happening?” And then I got a call from Denzel Washington, who gave me a cold call. I did not know Denzel. And he said, “I’ve just worked with this guy on stage. I’ve never seen a work ethic like it.” And I’m like, “Okay, I must see him.” Honestly, I put him through the wringer, but he lived Elvis. What he’s managed to do is not do an impersonation, but to live Elvis, to the extent that he’s humanized him.

That’s the power of Denzel, a man who has also mentored the likes of Will Smith, Michael B. Jordan, Corey Hawkins, and the late great Chadwick Boseman.


← Highlights: 'The Golden Globes' Pandered in All the Right Ways | Why Was There No Golden Globes Ambassador in 2023? →