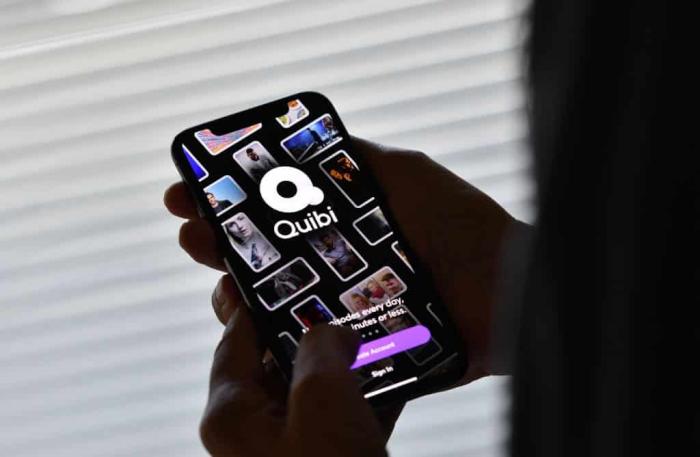 Why Quibi Was Destined to Fail

To the surprise of literally nobody, it was announced this week that Quibi, the mobile-based streaming service founded by former Walt Disney Studios Chairman Jeffrey Katzenberg, was set to shut down. This news came a mere six months after the platform launched amid a flurry of hype and multi-billion-dollar investments. Katzenberg and his right-hand woman, former Hewlett Packard executive and Republican Senate candidate Meg Whitman, had hoped to revolutionize at-home entertainment in the streaming age with ‘quick bites’ of video featuring some of the biggest names in the business. Unfortunately, the concept was deemed to be a walking joke from the moment it was announced. Even with $1.8 billion in start-up cash and creators like Steven Spielberg and Sam Raimi on board, audiences simply did not care enough to pay $5 a month (with ads) to access it. After the 90-day free trial period ended, a staggering 92% of users canceled their subscription. Gone the way of go90 and Seeso, Quibi somehow feels simultaneously like a major disaster and a mere blip on the pop culture radar. In a Medium post announcing the closure, Quibi said that they were succeeding ‘likely for one of two reasons: because the idea itself wasn’t strong enough to justify a standalone streaming service or because of our timing.’ The latter feels generous, to say the least. Really, Quibi feels like it was always doomed to fail.

As we dive head-first into the age of Peak Streaming, thousands of films, television shows, and various forms of video entertainment are fighting for the attention of a sliver of the audiences that the medium used to command. Gone are the days where a show could bring in tens of millions of viewers willing to stop what they were doing to watch an episode in real-time with the rest of the nation. The age of appointment television is over and, in the midst of this ceaseless pandemic, watching big-budget Event movies from the comfort of your own home is increasingly becoming the norm for millions of people. Add to that the pressure from the internet, the importance of international audiences, and competition from mediums like video games and podcasting, and it’s no wonder that Hollywood is in panic mode. In that context, it’s understandable why Katzenberg, a man formerly prized for his ability to make hits, would imagine a platform like Quibi to be the answer to all these problems. Surely there are plenty of people clamoring for more mobile-friendly viewing options? Just apply typical industry logic to the concept and you’ve got a hit on your hands, right? ‘What Google is to search,’ Katzenberg boasted. ‘Quibi will be to short-form video.’

What Katzenberg and company didn’t seem to understand is what people use their phones for or the things they watch on them. The sort of bite-sized content they hoped to monopolize was available elsewhere and for free through tried-and-tested platforms like YouTube and TikTok. Even YouTube couldn’t make a paying service stick. It’s hard for anyone to justify spending money each month on eight-minute-long episodes of a series that they probably wouldn’t have watched on Netflix. It was an attitude that seemed hugely behind the times. It was a hassle to watch a series on your phone or tablet, and Quibi seemed to quietly acknowledge this when they got the app on Roku and Amazon Prime. That in and of itself felt like an admission of defeat.

It didn’t help that the majority of Quibi’s offerings either felt unnecessary or had the stench of second-hands cast-offs around them. Why subscribe to a new service to watch short videos of news updates with the BBC or trailers with Fandango when you can do all that on your phone already? Those big-name series didn’t win over any skeptics either, with almost none of them attracting critical enthusiasm. They have had big names attached to them — a Sam Raimi horror anthology! A remake of The Fugitive! A Chrissy Teigen court show! A Spielberg-produced show you could only watch at night (?!) — but you can’t force hype. Most people want to see Spielberg stuff on the big screen or at least one bigger than an iPhone. They also want it to last longer than six to ten minutes at a time. Very few of the shows offered took advantage of what was supposed to be one of Quibi’s big hooks: viewers could watch shows in portrait or landscape mode of their devices and get a unique experience. What they got instead were a bunch of shows shot like conventional film and TV that had to be viewed horizontally just to get everything in the frame.

You may have struggled to find anything related to Quibi content in your daily life and that was another failure on the part of the platform. There was no way for them to spread enthusiasm or get the word out because you couldn’t share the videos easily in places like Twitter. As Netflix can attest to, getting us losers on social media to pay attention to your show, whether it’s through clips or memes or just some sort of fun internet presence, has become crucial for getting clicks. I cover pop culture for a living and I never saw anyone talking about Quibi shows, positively or otherwise. All Quibi news was about Quibi itself. The sole exception came when one hilarious clip from 50 States of Fright featuring Rachel Brosnahan obsessing over her golden arm went viral. That only happened because someone had to film their phone screen with another phone to let everyone see the madness. The background laughter only adds to the oddness of the experience.

Make fun of it all you want, but Quibi's Golden Arm wound up being a parable for Quibi's entire business.pic.twitter.com/KRm0aA7XX0

Scripted fare did not suit the platform but that was where Katzenberg and Whitman poured most of their energy. They brought on board Jim Toth, the celebrated talent agent, to be the company’s head of content and talent acquisition, and he certainly earned his keep. He even brought his wife, Reese Witherspoon, onboard to narrative a nature documentary for the cool price of $6 million, a decision that reportedly left Quibi employees ‘seething’ as they braced for pay cuts and layoffs. None of these projects felt like good fits for their stars, a few exceptions aside. Katzenberg wanted celebrities but had no idea how to use them. This fact became evident when it was reported that Gal Gadot had taken a meeting with him to discuss elevating the voices of girls and women via Quibi. His response was, reportedly, to pitch her on doing a Jane Fonda-esque workout series. Vulture, who asked in July if anyone was watching Quibi, wrote that ‘Katzenberg would repeatedly invoke the same handful of musty touchstones — America’s Funniest Home Videos, Siskel and Ebert, and Jane Fonda’s exercise tapes’ when describing what a Quibi show should be. Meg Whitman, when asked what TV she watched, said, ‘I’m not sure I’d classify myself as an entertainment enthusiast.’ Things got very ‘how do you do, fellow kids’ real quick. If you, the casual viewer, had no idea what Quibi was, then at least you could take comfort in knowing that not even the platform’s creators had a good answer to that.

Thousands of people have lost their jobs in the middle of a pandemic with Quibi’s closure and had to find out via the trades. Katzenberg decided to alleviate this upset during an employee Zoom call by suggesting staffers listen to the song ‘Get Back Up Again,’ sung by actress Anna Kendrick in the animated film Trolls, to buoy their spirits.’ Their investors, meanwhile, will get some of their money back, as Katzenberg told Deadline. This arrogant attempt to reinvent the wheel, as with all endeavors of this kind, will just leave behind a lot of collateral damage for the low-level workers who had to do the work of getting this nonsense off the ground. A lot of questions also arose regarding the platform’s circumnavigating of union regulations in order to underpay workers on sets.

Quibi was a multi-billion-dollar display of Silicon Valley hubris and a staggering level of detachment from the world of entertainment that seems beyond parody. It was an idea that nobody wanted, one that no amount of money could save, managed by CEOs who seemed hilariously out-of-touch with 21st-century pop culture. It’s the sort of disaster that would typically reverberate throughout the entire industry if anyone had cared enough to pay close attention. Instead, what we have is yet another cautionary tale that rests on the shoulders of overworked, underpaid, and neglected workers who will be ignored as the billionaires at the top soak in the acclaim for ‘knowing when to bow out.’ The cycle continues, and make no mistake, Quibi will not be an isolated incident.

← It's 'Gladiator,' But Voiced By Surfer Bros, and That's All I Really Want Today | Now On Netflix: Why Remake 'Rebecca'? Seriously, Though →