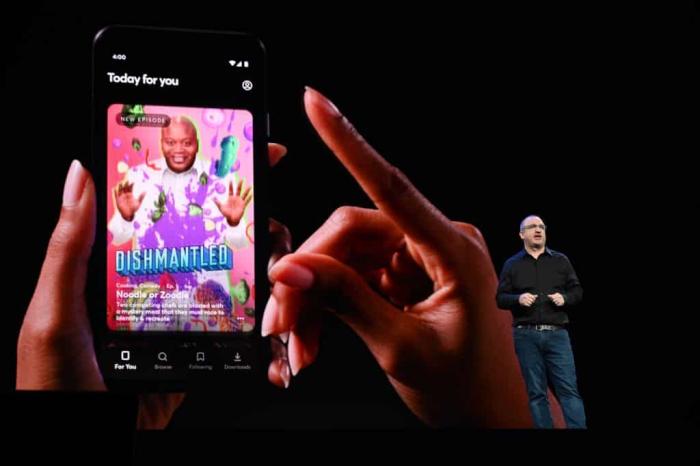 Remember Quibi? Two Months On From Its Launch, The Streaming Service Is Struggling Hard

Remember Quibi? The hot new streaming service that launched this year amid a flurry of hype and venture funding? No, not that one. Not that one either. Yeah, that one. The one that’s mobile-exclusive and based entirely on the idea that people are not only willing and able to subscribe for a platform built around chunks of content no longer than ten minutes at a time but that there was a screaming demand for such things. I wouldn’t blame you if you’d entirely forgotten that Quibi, short for Quick Bites but not pronounced Qui-bye, was even a thing. I’m still not unconvinced that the entire enterprise isn’t an extended gag courtesy of The Onion. Clearly, I’m not alone on this either, as a new report from The Wall Street Journal (behind a paywall) exposed just how bad things have gotten for this experiment.

As the piece notes, ‘at its current pace, Quibi will sign up fewer than two million paying subscribers by the end of the app’s first year, a person familiar with its operations said, well under its original target of 7.4 million.’ Ouch. Daily download numbers have crashed spectacularly since Quibi launched and have never exceeded more than 400k, the amount it received on launch day. Hell, most days last month, it barely pulled in 50k a day, which is nothing short of disastrous for something with this much funding behind it. June numbers indicate that daily download numbers have yet to exceed 20k.

It’s safe to say that Quibi hasn’t been performing as well as its executives, Jeffrey Katzenberg and Meg Whitman, were hoping it would, but I’m not sure if literally anyone else in the business thought this was a good idea. The WSJ piece notes that tensions have been high between the two CEOs and claims that Whitman, formerly of eBay and Hewlett Packard, ‘could leave the company and he could find a more junior executive who would be willing to take explicit directions from him.’

Executives of Quibi are now reportedly pulling back from media interviews and excuses are being given for why the service is failing with audiences. One executive said that the launch was more difficult than expected ‘because of the pandemic and the challenged economy.’ Okay, sure, whatever. You built a platform around the idea of on-the-go mobile-based entertainment, so a literal pandemic that’s forced everyone to self-distance and done away with the concept of commuting for a few months may not be helpful. I can see that. It’s not an iron-clad excuse given that demand for viewing entertainment at home is extremely high right now and I’ve yet to hear anyone in my circle of friends, colleagues, and Twitter associates ever talk about Quibi. Nobody’s excitedly yelling about the latest episode of Most Dangerous Game, shockingly enough. Perhaps forbidding screencaps and video-sharing of your online platform to sites like Twitter wasn’t a great idea for spreading buzz.

Quibi have other excuses though! As another executive said, ‘The company said the decreasing downloads were caused in part by its decision to reduce its marketing in light of protests sweeping across the U.S. following the killing of George Floyd.’

Well, that’s a new one! Sorry our bad idea is failing; it’s not our fault because people are too busy protesting systemic racism and we don’t want to step on anyone’s toes. Yikes! Even in terms of Silicon Valley bullsh*t, that’s weird.

Quibi’s buzz came about mostly because of the sheer amount of cash they raised to make their company a reality. As the piece notes, Quibi ‘raised an additional $750 million earlier this year, but expenses have continued to mount. By the third quarter of 2020, Quibi estimated, it will have spent $1 billion. The company expects it will have to raise at least $200 million of additional funding by the second half of 2021.’ They’re allegedly trying to conserve cash, with Whitman and other senior executives magnanimously taking a teeny pay cut, but this doesn’t seem like a problem they can fix. Who wants Quibi? Who needs it? I write about pop culture for a living. I get excited about shows featuring competitive glass-blowing but I still cannot bring myself to care about Quibi. Who was this all for? I’m not sure Katzenberg and Whitman’s attempt to reinvent the wheel really considered such a conundrum.