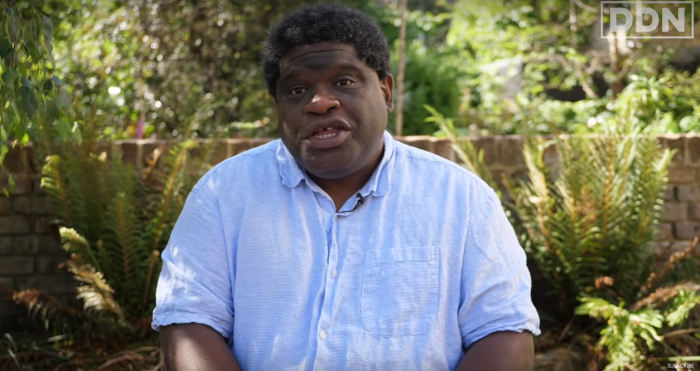 'If You Oppose the Violence of the Protests, Ask Yourself What Kind of Peace Reigned Before?'

Gary Younge is a fantastic UK journalist who spent far, far too long at the faux-progressive, empire-rimming, Boris Johnson-enabling institution that is The Guardian. For years he delivered pieces of a quality that that privileged dingleberry gatekeeperof a paper did not deserve. He has since blessedly gotten away from that organisation, and his insightful writing can be found in more places as a result.

A few days ago Younge published a video on Double Down News in response to the ongoing worldwide protests over American policeman Derek Chauvin’s brutal murder of George Floyd. It’s a great video, and it really touches on almost everything in the broad spectrum of discussion that this engenders: The racist violence enacted by the American state against its Black population, from the more invisible, ‘banal’ economic warfare that it wages over the course of decades but which nevertheless leaves a colossal body count, to the more lurid, legislative savagery that it enacts when its police force becomes in effect a murderous occupying force deployed against Black people; the fallacious notion of disproportionately decrying protest violence while ignoring the systemic violence that created the need for it; the inseparable natures of capitalism and racism; the transition from the US President’s office being used to transmit coded, ‘sleight of hand’ messages of racism to piercing foghorn screams that marked the coming of the Trump administration; the inescapable spectre of Covid-19 and the spotlight its disparate death rates shines on the deep, structural racial inequalities within our systems; the misappropriation of Martin Luther King Jr. by the nexus of fascist rulers and liberal bourgeois commentators who, despite their ostensible differences, would both prefer the status quo remain as it is to any dramatic upheaval it might suffer. It really is a very good watch—and it’s only a snippet too, as the full version is apparently only available on Patreon. Check it out:


← Today In This is a Real Movie That Actually Exists: 'Four Kids and It' | The Final Season of '13 Reasons Why' and the Sad Ballad of Clay Jensen →