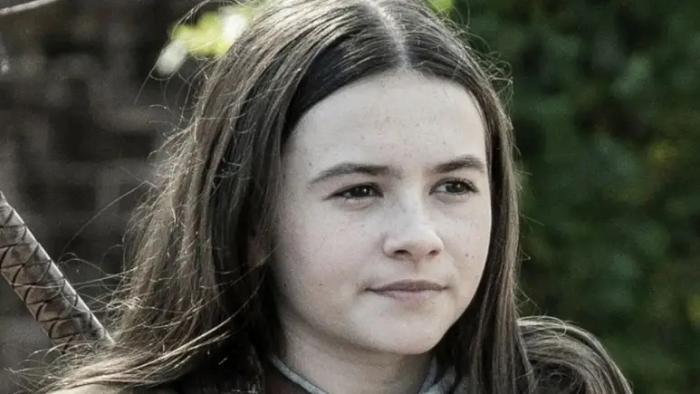 Who Lives, Who Dies, Who Tells 'The Walking Dead' Finale Story?

It’s been so long since The Walking Dead has aired a genuinely good episode — maybe the original 10th season finale in 2020, before they added four more episodes onto that season — that I genuinely didn’t believe that it was possible for the series to produce a great episode. This week’s episode — the penultimate of the series — is not “great” relative to the best episodes in the series early run, but it had enough spark to remind longtime viewers of what it was about The Walking Dead that we used to love.

Chiefly, it’s the stakes. For years, what made The Walking Dead compelling — particularly relative to other television shows — was that any character could die in any episode and viewers were constantly on edge worried about who would die next. With very few exceptions (Rick Grimes), plot armor did not exist. Because the series killed off major protagonists like Andrea, Lori, Glenn, Carl, and Shane, we legitimately feared for characters like Negan, Maggie, Daryl, and Carol up and until the series made the decision not to kill Negan. Once they chose not to kill Negan, favorites developed thick plot armor that grew thicker when major characters like Rick, Michonne, and Maggie left the series, reducing the number of longstanding characters for the series to kill off. In another era of The Walking Dead, Aaron, Ezekiel, Rosita, Gabriel, Lydia, Eugene, and Jerry would already be dead. Here, they are mostly taking up space.

This 24-episode season (plus the six episodes tacked on to the end of the 10th season) has been a chore because the stakes have disappeared. We’re not worried about major characters because they all have spin-off series, and we’re not worried about major-minor characters because the show is too afraid to kill them off because fans might get Big Mad. At its best, the show had enough confidence not to worry about what fans thought. The last 29 episodes, however, have been hesitantly written trash, and I don’t think the series has had a genuinely great moment since Jesus died in the 9th midseason finale.

But in the series’ penultimate episode, Judith Grimes gets shot. With a bullet. By the major villain, Pamela Milton! Will she die? No, probably not! But maybe! That ‘maybe’ is just enough to concern us, to raise the stakes. After all, the voiceovers at the beginning of each of the last 7 episodes have come from Judith, and maybe she’s speaking to us from the great hereafter. In the comics, the death of Rick Grimes is what brings everyone together to take down The Commonwealth leadership. Maybe Rick’s daughter fulfills that role in the series. Given her age and cuteness factor, a near-death injury might be all the motivation needed.

Let’s back up: This episode is where most of our protagonists come together to take out Pamela Milton. The only group separated from the main core is Lydia, Aaron, and Jerry, who are still making their way back from the now-defunct Oceanside with Luke, Elijah, and Luke’s girlfriend. They’re traveling by horde, which is to say: Whisperer-style. They’re dressed up like zombies walking in a crowd of zombies, but things go awry when Aaron, Jerry, and Lydia seek shelter in a camper. Luke and his girlfriend get pulled away by the zombie horde, and so is Lydia’s new boyfriend, Elijah. She reaches for him, and in doing so, she’s bitten on the arm. Inside, Jerry and Aaron have to chop off her arm to stop the infection, and then Jerry goes back out to risk his life to find Elijah and Luke. Lydia might die. Jerry might die. Luke and Elijah might already be dead! It’s a weird group of characters to silo away from the rest of the cast, but I’m sure we’ll find out why in the finale.

Meanwhile, most of the rest of the group has assembled to take out Pamela, although we need not get into issues of geography again (despite the lack of cars, characters sure do seem to travel between Alexandria, Virginia and Ohio, where the Commonwealth is located, in quick fashion). En route, there are some nice heart-to-hearts, especially between Judith and Daryl, and Ezekiel and Negan, who tells Ezekiel that he was willing to sacrifice himself in last week’s episode to change the narrative around him so that his kid would have something better to remember him by than the legacy of a murderous authoritarian he left with the Saviors.

While folks are assembling to take out Milton in the Commonwealth, Milton has released a horde of zombies to justify a lockdown of the city. She’s done it before — the zombies circle the walls of The Commonwealth, the soldiers keep them at bay, no big deal — except these are the new variants, and they can climb walls! The variants invade within the city walls. At the same time, Milton has Mercer, her head of security, arrested for conspiring with the Alexandrians, meaning their smartest and best is not around to help.

The Commonwealth soldiers also surprise attack Daryl and Co. in an intense gunfight that even Pamela gets involved in. In fact, it’s Pamela who shoots Judith, and even she is shaken: “You did this!” she screams because she didn’t mean to shoot a little girl. Daryl and company grab the injured Judith and run outside to look for medical help.

It’s a legitimately good cliffhanger. There are hundreds of zombies swarming the Alexandrians, and they are the new stronger, faster variant variety of zombie. We know that most of the Alexandrians will survive in the finale, but many may not. Who lives (Daryl), who dies (Ezekiel), who tells your story (Judith)? If Judith dies, the Commonwealth riots (against Pamela). I’m actually looking forward to it, and because AMC+ is holding the finale until next Sunday, for once, we can all enjoy it together.