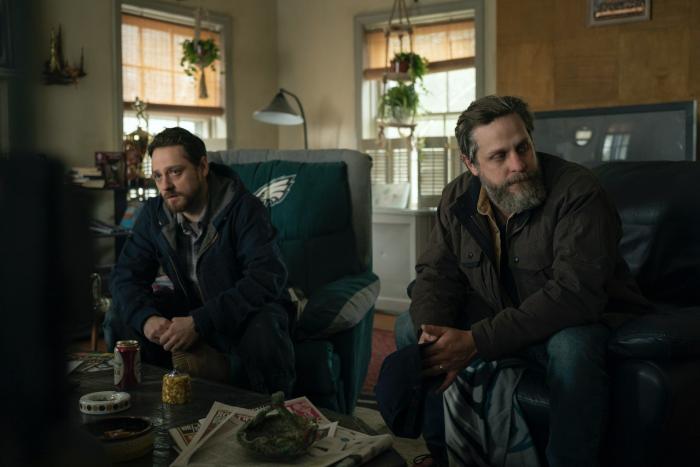 Who Killed Erin McMenamin in Mare of Easttown'?

I got sidetracked this week by real-world events, so I wasn’t able to run down the most recent Mare of Easttown episode, but it’s fine, because all I want to talk about is theories anyway.

Before we get started, here’s what we know: Dawn’s daughter Katie is alive and is being held captive along with another woman, Missy, in what appears to be an abandoned bar. Their captor is apparently targeting sex workers. It turns out that Erin was involved with the same website for sex workers that Katie and Missy were, so it’s very possible that the man who abducted Katie and Missy also killed Erin.

Could that same man also be the father of Erin’s child? That’s unclear. This is a television series, however, so it seems likely that all the crimes and the paternity of Erin’s child are related.

— Deacon Mark still seems to be the most obvious suspect, if only because he dumped Erin’s bike, he was the last person she spoke to on the phone, and he has a suspicious past that may have involved accusations of a sexual nature. The sex worker angle may also implicate Deacon Mark if he was in the business of “ridding them of their sins,” which is a popular pastime of Catholic priests and Rasputin. A screenshot of a preview of this week’s episode reveals photographic evidence that may also implicate Deacon Mark, although it feels a little too early for that.

— Father Dan is also a Catholic priest, which clearly makes him sus for some of the same reasons that Deacon Mark is. Father Dan is cousins with Mare, too, and it feels like this is the sort of small-town where everything eventually connects by blood. Maybe he brought in Deacon Mark because he knew he’d provide the perfect cover for his own felonies. It would not explain, however, why Deacon Mark dumped the bike, although he may have sniffed out a frame-up job and tried to head it off at the pass.

— Mare’s ex-husband Frank seems unlikely at this point since he has been ruled out as the father of Erin’s baby. There’s still a possibility, though, that Frank got involved with Erin not because she was his student but because he knew the identity of her baby’s father, and it was Kevin (it’s unclear to me if Kevin was alive when Erin conceived the baby). Maybe he decided to help Erin out with his grandchild, but ended up getting sexually involved with her, she tried to blackmail him for the money needed for her baby’s ear surgery, and he killed her. In this situation, however, it seems likely that the murder of Erin and the abduction of Katie and Missy are unrelated.

— It could be Siobhan, Mare’s daughter. I don’t understand why. She has no alibi but no real motive, either. I don’t think she exists in this series to be a suspect but rather to add another element of family drama to the situation.

— Freddie: No. The drug-addicted Freddie, who lured Dawn out with a flimsy extortion scheme, is obviously not in any condition to do any of this. If he had a white van, he’d have sold it for drugs already.

— Guy Pearce’s Richard Ryan is often mentioned, but there is absolutely no motive that we are aware of. I mean, he could be, but unless he’s abducting and killing sex workers as research for his next novel, I don’t know why he’d be involved, other than the fact that he’s played by Guy Pearce.

— Currently, my top suspects are John and Billy Ross, who were with Mare when she told Kenny about Erin’s death. They were drunk on the night of Erin’s murder, and they clearly know bars (where Missy and Katie are held captive). Most intriguing is the fact that the press is hounding Lori in the promo. Why would they be hounding Lori unless she were related to a suspect? Lori also says to Mare in the promo, “I swear I didn’t know when you asked me before. I swear I didn’t know.” What didn’t she know?!

Also, John Ross is played by Joe Tippett, who is the boyfriend of Sara Bareilles. That has nothing to do with Mare of Easttown, but it makes me like him, and therefore want for him a juicier role.


← Celebrity Pets You Might Not Know That Will Calm Your Anxiety | 5 Shows After Dark: 'Hacks' Premiere HBO Max, 'Mom' Series Finale CBS →